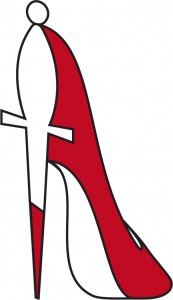 This year a record 207 short stories competed for awards offering a record $8,800 in prize money plus the coveted Scarlet Stiletto trophy for the overall winner.

Judges’ spokesperson, Michaela Lobb, said that the murderous impulses harboured by Australian women had never been so evident nor so inspiring.

“The record number of short stories comes hot on the heels of the record 76 crime books in contention for this year’s Davitt Awards. We are witnessing an explosion of talent and ideas in women’s crime writing in this country,” Lobb said.

“As always, there were quite a few stories where women kill men, usually their husbands, for often surprising reasons but this time they were counterbalanced by a surge of stories entered in the “Body in the Library’ category and the new category, Best ‘Story with a Disabled Protagonist’. We were buoyed by the quality of the writing.”

At 8pm, prior to the award presentations, Dusseldorp will discuss her ‘life in crime’ (and much more) with crime author Leigh Redhead.

Dusseldorp’s criminal past includes the critically acclaimed Janet King and its predecessor Crownies (ABC), three telemovies opposite Guy Pearce in Jack Irish and the six-part Blackjack telemovies opposite Colin Friels. Other key television roles include two seasons as Sarah Adams in A Place To Call Home (Seven Network); Devil’s Dust, the award-winning mini-series After the Deluge; and Hell Has Harbour Views. Click here for info.

Leigh Redhead is the author of the award winning Simone Kirsch private eye series. She has also contributed a chapter to the compilationIf I Tell You…I’ll Have To Kill You: Australia’s Leading Crime Writers Reveal Their Secrets (Allen and Unwin). Click herefor info.

Bookings close Monday 17 November. Book individually or in tables of up to 10 or a seat only(without meal).