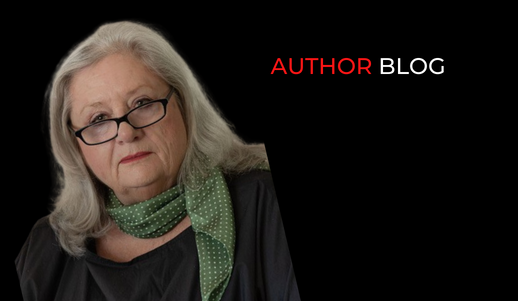 You can’t even spell!

I don’t remember when I first heard those words but, in my early twenties, when a powerful need to write hit, they went off in my head like one of those public broadcasting vans had moved in and didn’t intend to move out.

I’m dyslexic, and since the release of my debut novel, The Brothers (Harper Collins Publishers), I’ve often been asked how I overcame dyslexia to become a published author. I’ll try to explain.

I didn’t know I was dyslexic until I was an adult. I went through school in an era where dyslexia was rarely recognised, and poorly understood if it was. Sufferers were usually labelled as inattentive or not very bright. That constrictive label, reinforced from prep, became part of who I was. So, when that need to write hit in my twenties, intense self-doubt forced me to shut it down. Instinct told me I was making a mistake, but I did it anyway, such was the strength of my self-doubt. Fortunately, that wasn’t the end of it.

The need to write hit again twenty years later, and by then, the computer revolution had arrived, bringing word programs for spelling and grammar that could grant confidence and freedom to a dyslexic. At last, I could learn at my own pace, and make mistakes without judgement. So, with my self-doubt dampened a little, I squared my shoulders and set to work.

I wrote every day, in every minute of my spare time. I attended courses and author sessions, sourced mentors, joined writers’ groups and associations, and read, read, read. I edited, redrafted, had my work professionally assessed, absorbed everything I could about writing, and loved every second of it. There is nothing like the feeling I get when I manage to string together a series of hand-picked words that convey precisely what I mean.

I had found my purpose. My drive to write the best manuscript I could was unstoppable, and I dared to dream of one day being published. The Brothers is my fifth full-length manuscript and, with its publication, comes the realisation of that dream.

But back to the question: how did I overcome dyslexia? Well, I didn’t, not really. You don’t overcome dyslexia, it’s with you for life, but if you’re as committed to the cause as I was, you can get better at minimising its impact. It takes time, effort, and lots and lots of repetition. Even then, small dyslexic slips will sneak in when you’re not looking. Just ask my editor. But dyslexia isn’t a one-size-fits-all thing. It’s estimated that one in ten Australians have the condition, and there are several recognised variants and combinations. There are also ranges of severity and, although management strategies can vary, all are most effective when applied early. I used to hate being dyslexic – the frustration and shame that came from not being able to express myself through the written word. But now that I understand and appreciate the upsides of dyslexia, I’ve come to embrace it.

Right from the beginning, dyslexia fosters lateral thinking and brings creative solutions to the problem of comprehending written language. For me, I developed small memory tricks and hooks to recall simple rules, and stored the bulk of information received visually and audibly, with an additional, needs-based tint. I also relied heavily on verbal communication, which created an intuitive rhythm for how words sound when placed together, and the nuances of tone. I liken these primary strategies to when a human sense is lost, other senses become more acute to help compensate.

From a certain angle, dyslexics could be viewed as writing dissidents, less bound by the principles and conventions usually drummed in through school. In isolation, this might not be an advantage, but when combined with the range and depth of sensory details stored, and an ability to navigate the technical demands of the written word, a positive resource becomes available for dyslexic writers to translate what’s on their mind in innovative ways. And that sounds like a plus to me.