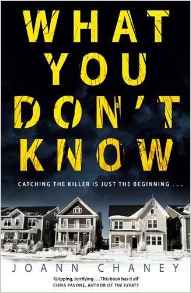 Another debut author I was asked to review, this book starts in Denver, Colorado, in 2008/9 with a serial killer investigation, but after fifty pages brings you into current time (well, 2015) when murders start occurring that look like the original – even though the perpetrator is behind bars. It is told from third person close perspectives of one of the lead detectives Paul Hoskins, Sammie the reporter who covered the original story but got let go, and now wants to use the new killer to get her back her old job, and Gloria, the wife of Jacky Seever the first serial killer. We get a brief view of Seever and Sammie’s husband and a couple of victims as well.

I have to fess up—I don’t like serial killer stories (had too many, there are few in reality and the sheer level of awfulness is something I’m not terribly interested in, particularly as some authors just make the killer cardboard cut-out evil), so I wouldn’t have picked this up if it hasn’t been sent. But I’ll put that aside…

This book is very competently written. It is compelling and though I read over a few days rather than in one sitting, I was interested to see where the author was talking me.

The voices of the main characters are all very distinctive, and though probably none are completely likeable, they certainly pull you in. The shape of the book and the characters followed mean that we see Jacky Seever in real-time (2015) through each of their eyes, which is a smart way of doing a serial killer book with a difference. Even more so, and what the real core of the book does, is it examines the effect of the 2008/9 finding of 33 bodies on each on them. The author does this exceptional well. The creepy feeling is so well captured that you feel your skin crawl. Its not about the blood and guts (which I don’t like), but rather about the psychological impact on them and their lives. Its disturbing and takes front running over the driving story, which is of course, who is now killing people that were involved with Jacky Seever back before he went into prison.

If you like creepy psychological thrillers with a lot of bodies (but not that many in gruesome detail) then this is the book for you.