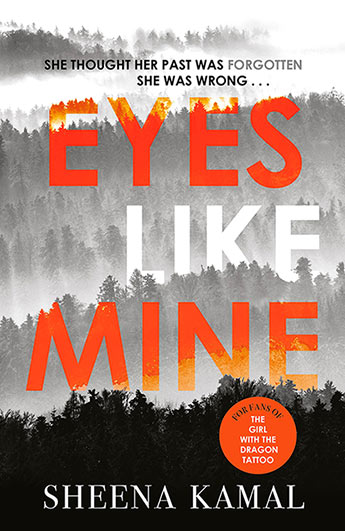 The call comes in just after five in the morning. I am immediately on guard because everyone knows that nothing good ever happens before seven. I’ve never heard the name Everett Walsh before, but according to him I may know something about a missing girl.

Nora is a troubled middle aged woman of mixed race who works as an assistant to a lawyer and journalist…which includes some investigative work and use of her ability (not supernatural, just intuitive) to tell is someone is lying…in the seedy parts of Vancouver (she notes rightly that tourists like me don’t see this part!). The phone call draws her into mounting her own investigation, which means crossing boundaries, losing friends and putting herself at risk.

From the first sentence this book had me hooked. It is divided into several notional parts and part one is gripping. I didn’t want to put it down, and finished the book in one day.

The strengths are in a clear, fluent accessible writing style that gets you right into our protagonist’s head—and she is a compelling character. Over time we learn more about her troubling past, but at least for the first half you are saying “go girl” and wanting her to kick butt. She’s unconventional, troubled and isn’t going to let anything get in the way.

I love the setting too—maybe Canadian noir will take over from Scandi-noir. There is a wonderful sense of place, and it includes leaving the seedier side of Vancouver for the ice and snow covered hinterlands, adding texture and a sense of the country. That she is part Canadian Indian adds to the sense of importance of place.

The plot is mostly about the missing girl, but involves mining companies and, in particular, one Chinese conglomerate and the family behind it. It’s enough to have you wondering without being too far-fetched or involved, and the resolution is satisfying enough, in a similar vein.

I really enjoyed this book, which is a great debut; weakness perhaps, or maybe a strength as her character is not one dimensional, is that the sympathy (or mine at least) wavered for the protagonist (though I hung in there) when she really, really cut off her nose to spite her face. Given the ending and where she came from, maybe she was right to.

A good fast paced read—don’t start late at night because you won’t want to turn the light out!