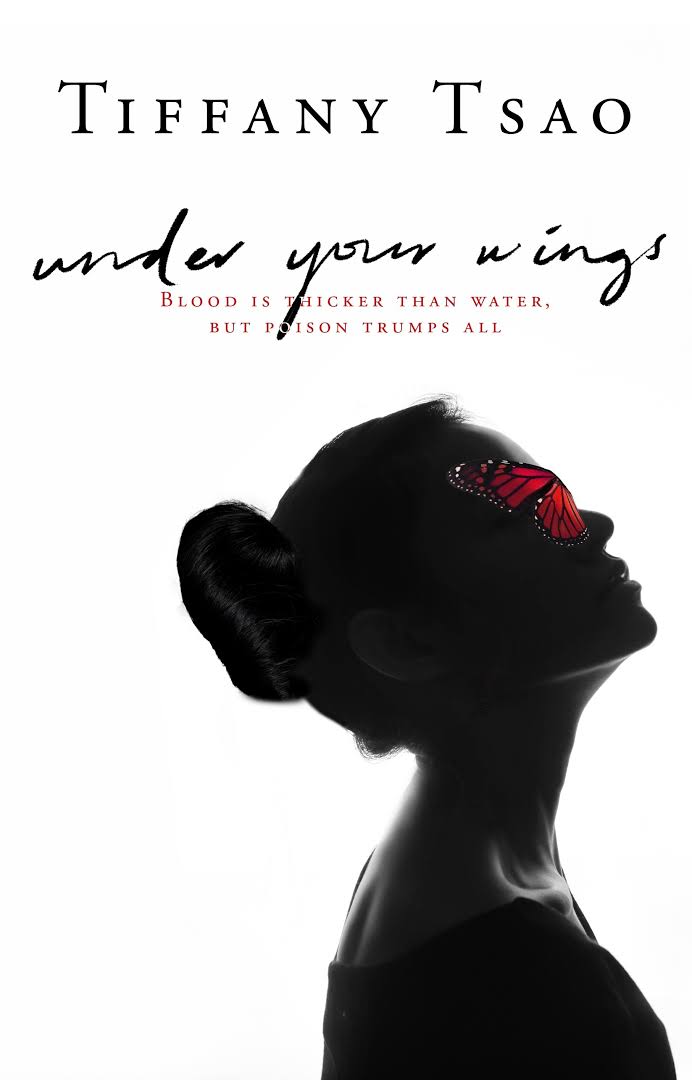 Gwendolyn and Estella have always been as close as sisters can be. Growing up in a wealthy, powerful and sometimes treacherous family, they’ve relied on each other for support and confidence. Now, though, Gwendolyn is lying in a coma, the sole survivor of Estella’s poisoning of their whole family. What in their dark and complicated past has brought them to this point?

As Gwendolyn struggles to regain consciousness, she desperately retraces her memories, trying to uncover the moment that led to this brutal act. Their aunt’s supposed death at sea; Estella’s unhappy marriage to the brutish Leonard; the shifting loyalties and unspoken resentments at the heart of the opulent world they inhabit – one by one, the facts float up, forcing Gwendolyn to confront the truth about who she and her sister really are, and the secrets in their family’s past.

Travelling from the luxurious world of the rich and powerful in Jakarta to the most spectacular shows at Paris Fashion Week, from the coasts of California to the melting pot of Melbourne’s university scene, Under Your Wings is a powerful, evocative and deeply compelling novel about the secrets that can build a family empire – and then ultimately bring it crashing down.

Although many people harbour occasional murderous thoughts towards family members, few act on such thoughts. That’s why Tiffany Tsao’s literary thriller Under Your Wings grabbed my attention from the opening paragraph. ‘When your sister murders three hundred people, you can’t help but wonder why – especially if you were one of the intended victims.’ At her grandfather’s eightieth birthday banquet, Estella poisons the shark fin soup, resulting in the death of her family and the destruction of its self-made empire.

Narrator, Gwendolyn, sister of Estella and granddaughter of a Chinese Indonesian tycoon lies unresponsive in a coma, the sole survivor of the mass poisoning. ‘I didn’t anticipate it ending like this. Who would? I’ve always known I would die someday, ideally sometime after seventy, but before the point before I’d have to hire a nurse to spoonfeed me chicken congee and afterwards clean my gums with a wet rag.’ While lying on the floor, amidst dead and dying relatives, Estella reaches out her hand to Gwendolyn and says ‘Forgive me.’

As Gwendolyn fights for life, she contemplates what triggered the mass killing – was it Estelle’s fraught marriage to brutish Leonard; the family’s buried resentments, divided loyalties and one-upmanship, or the mysterious disappearance of a beloved aunt? Beneath Your Wings examines torn loyalties and the dark secrets lurking beneath the veneer of wealth and respectability.

Gwendolyn’s company designs high-fashion jewellery, each piece containing a beautiful yet slow-growing fungus that eats its host. The sisters’ shared interest in entomology is threaded throughout the novel, an apt metaphor for the rot within the family, and its savage instinct to destroy in order to survive and hide its secrets. Tsao’s depiction of the family dynamics is authentic; there is little love lost between the family members. Her minor characters are a delight – capturing the shallow and often vacuous lives of the privileged.

Beneath Your Wings is not a typical thriller. It is an intelligent and well crafted novel, yet it is a taut page-turner; the tension created in the opening chapter is sustained throughout the novel. Tsao’s writing is not only lyrical, but also informative and peppered with interesting snippets of Chinese culture and history.

I would certainly recommend this novel for those who enjoy intense family dramas and thought-provoking thrillers with a distinctive voice and literary bent.