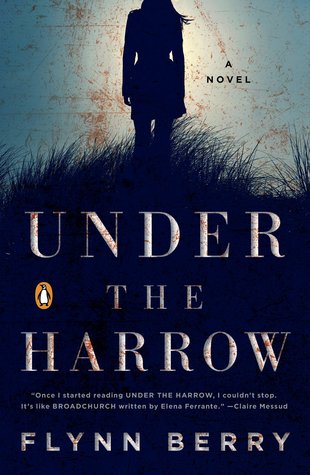 When Nora takes the train from London to visit her sister in the countryside, she expects to find her waiting at the station, or at home cooking dinner. But when she walks into Rachel’s familiar house, what she finds is entirely different: her sister has been the victim of a brutal murder.

Stunned and adrift, Nora finds she can’t return to her former life. An unsolved assault in the past has shaken her faith in the police, and she can’t trust them to find her sister’s killer. Haunted by the murder and the secrets that surround it, Nora is distressed and in danger. As her fear turns to obsession, she becomes as unrecognisable as the sister her investigation uncovers.

This relatively short thriller evoked a mixed response in me. Promoted as appealing to fans of Gone Girl and The Girl on the Train I was somewhat apprehensive as I am not a fan of the latter and a possibly unreliable female protagonist narrating the story is becoming a bit overdone.

That said, Flynn Berry has produced an accomplished debut thriller. Nora catches to train to spend the weekend with her sister but she walks into a gruesome situation at her sister’s house in the country. She was expecting to find Rachel there having been held up on her shift as a nurse at the local hospital and too late to meet Nora at the station. Instead she finds both her sister and her guard dog dead.

Nora becomes determined to find out who killed her sister and she stays in the village to investigate. Among other possibilities Nora wonders if the murder is connected to a violent and unsolved assault on Rachel many years before.

As Nora continues to investigate she is increasingly bewildered by what she discovers. Why was Rachel planning to shift to a remote village in Cornwall and why had she concealed this plan from Nora? The killing of Rachel’s guard dog (a particularly shocking scene) as well as Rachel raises other questions. And can we really be sure that Nora is disclosing all she knows?

The police seem dubious about Nora’s trustworthiness and become even more suspicious when Nora starts confronting a neighbour she believes was spying on Rachel. Throughout the book we learn more about the close bond between the sisters, the tragic consequences of the earlier assault on Rachel and the sisters’ obsessive attempts to find the perpetrator. The theme of violence against women runs through the book, including a subplot concerning one of Rachel’s patients at the hospital. Nora can be a very aggravating narrator but the twists and turns of the story are well handled. This book is tautly written and the psychological suspense is well maintained. A promising debut.