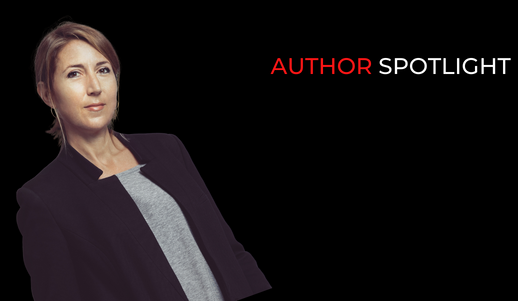 Ralph’s Party by UK author, Lisa Jewell, was the bestselling debut novel of 1999. Since then, she has published another sixteen novels, most recently a number of dark psychological thrillers, including The Girls and Then She Was Gone (both of which were Richard & Judy Book Club picks) as well as I Found You and Watching You. She spoke to Sisters in Crime member and well-known crime reviewer, Dr Robyn Walton, about her latest novel, The Family Remains (Simon & Schuster).

Congratulations, Lisa, on your writing achievements and huge popular success.

Usually, you write standalone novels (about 20 so far) and you say in your Acknowledgements that when you wrote a sequel in the past you didn’t enjoy doing it. The Family Remains can be read on its own or as a sequel to The Family Upstairs (2019). What was it about this fictional family that drew you back to them and inspired new storylines?

It was a combination of things really. I was aware as I wrote the last line of The Family Upstairs that I had opened a door into the possibility of another story about the characters from the book, but it was not deliberate in any way, more meant just to give my readers a shiver of discomfort as they closed the book.

But from the day it was published, my social media inboxes filled up with messages from readers begging me for a sequel! I told them no, at first, as I had no intention of doing one. But then, at some point, I began to think maybe it could be fun. I especially wanted to know what would happen when Henry found Phin and I also really wanted to explore the story of Michael Rimmer’s second wife, Rachel. So it was about six months after the first book came out that I changed my mind and started telling readers, yes.

How did the process of writing a sequel compare to writing a standalone?

It was hugely different. Very complicated in a lot of ways, working out how to balance the need to inform new readers about the back story from the first book without bogging it down in too much detail for people who were familiar with The Family Upstairs. It’s also weird not being able to change things – with a completely new book, you can edit parts of the book right up until the end of the process to make things further into the book work better, but with a sequel, you’re stuck with things that happened in the first book and you have to work with them, rather than making them work for you. One nice thing was hitting the page running with fully fleshed characters who I already knew intimately, rather than having to wait for them to evolve as I wrote.

It’s obvious from your novels that you enjoy placing grand old houses in quite Gothic plots. This time, when a forensic investigator in the garden of a big old house points out plots that had contained the Atropa belladonna used in three poisoning deaths back in the 90s, your detective thinks: “I can tell she is loving the unfurling gothic narrative as much as I am”. What is it about this setting in particular that you enjoy?

I think this sort of setting is universally loved and always has been, from Victorian literature onwards. All houses contain secrets and mysteries and the echoes of trauma, but old houses, abandoned houses, big houses, just do it tenfold. A lot of my books feature characters living in perfectly normal houses too, which can be scary and unsettling in other ways, but characterful houses are such fun to write about, the stuff of childhood fairy tales and nightmares!

Rachel’s storyline takes up a lot of the narrative. Women readers will likely sympathise with her or, more powerfully, identify with her. Do you always aim to have a character who serves this purpose?

Rachel’s storyline was really put there to answer the question; who is Michael Rimmer? I wanted to know if he was pure evil, or if he and Lucy had just had some sort of one-off, terrible toxic collision, that maybe because she had been so young and vulnerable when he met her that he felt he could manipulate and control her. When Rachel is mentioned fleetingly in the first book, I had an image of her in my mind, and she was strong and confident and I wanted to explore what would happen if the same man who had abused Lucy – physically small, homeless, damaged – would also go on to abuse someone like Rachel – tall, strong, self-contained and self-sufficient. I didn’t know which way it would go until I was writing it.

Henry isn’t so easy for readers to identify with, but he’s a compelling character. It looks as if he is going to lead us to Botswana but then he swerves toward Chicago. What or who is he looking for? Does he even know what he wants?

No, he has no clue. He’s looking for someone to save him, I suppose, someone who looks like they know what they’re doing. And, of course, that’s what transpires at the end of the book, the realisation, briefly, that nobody really knows what they’re doing and that, in fact, Henry doesn’t need anyone to save, him, that he is strong, clever and cunning enough to take care of himself. But sadly, the realisation doesn’t last long, and then he feels, once again, alone, trapped inside himself and in need of rescuing. Poor Henry!