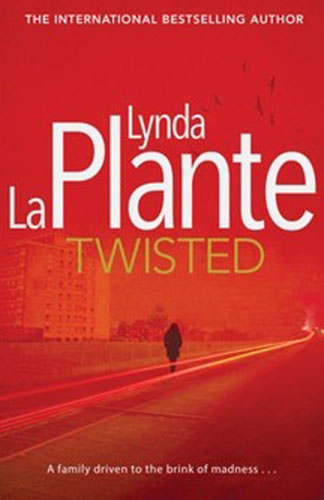 Marcus and Lena Fulford are the envy of their friends. Wealthy, attractive and successful, the couple, with their strikingly beautiful teenage daughter Amy, seem settled and content. But appearances mask a strained relationship almost at breaking point. Marcus’s latest business venture has failed, draining Lena, the major breadwinner, dry. Putting Amy into weekly boarding school and striving to get her own career back on its feet, Lena remains alone in the luxurious family house as her marriage heads towards as amicable a divorce as she and Marcus can muster, and joint custody of their only child. So when Amy arranges a sleepover with a school friend one weekend, neither parent sees the need to be in touch with her. Saturday, Sunday, Monday morning pass before Lena – seething from her first, unexpectedly confrontational, meeting with Marcus’s divorce lawyer – phones Amy. Straight to Amy’s voicemail. She must be in lessons. Lena sends a text. She waits. No reply, no contact whatsoever.

It is only when Amy is reported missing from school and her friend’s mother reveals that, instead of staying with them, Amy was visiting her father – a fact vehemently denied by Marcus – that Lena contacts the police. Her daughter has not been seen since Saturday afternoon. As the police intensify their enquiries, their reassurances that Amy will be found safe and well begin to sound increasingly hollow…….

Earlier this year I had the pleasure of hearing Lynda La Plante interviewed by Callum Sutherland a former MET crime detective at the Harrogate Crime Writers Festival. It was one of the most enjoyable interviews I had heard in many years with Lynda charming the audience with great humour, wit and insight into her life.

I was so inspired I decided to revisit her writings by reading her latest book “Twisted”. In the Acknowledgments Lynda thanks Callum for his “constant support and research, both in police procedures and the editing.

My first recollection of Lynda was from television with the fabulous television series, Widows, where the very well dressed widows of four armed robbers carry out a heist planned by their deceased husbands. This was followed by Prime Suspect where I was introduced to Helen Merrin as the tough take no prisoners, DCI Jane Tennison and then Anna Travis in “ Beyond Suspicion”. Lynda has also written a number of standalone thrillers and “Twisted” is one of these.

Twisted begins with the disappearance of a teenager whose parents are commencing divorce proceedings. The picture presented is of a perfect well-adjusted teenager, a successful business woman whose husband supported her through her marriage who is now, via an aggressive lawyer, demanding more than expected in the divorce proceedings.

Psychological thrillers are La Plante’s bread and butter with Twisted exploring multiple personalities and a history of abuse. La Plante is meticulous in her research and this is shown throughout the book as the plot unfolds with intriguing twists. Her writing often unsettles the reader as the story develops and we question where it is going. This is the sort of writing I find compelling as I like to find the ending at the end. I will let you judge the ending as I was not altogether convinced.

The character of the policeman put on the missing persons case is an interesting selection. He is a “late joiner” with a previous career with a style that does not fit the mould with more empathy than the normal hard boiled types. The investigation is complicated and as the daughter is not found and a number of further deaths occur he is taken off the case, enter the hardboiled detective who jumps immediately jumps to standard solutions. Thus causing angst for the reader as we want him to look elsewhere.

Twisted is complex and plot driven which at times strays into places you will not expect. It’s complexity leads the reader down many paths that may or may not solve the mystery. I found it hard to put this book down, at times I found it disturbing and it has reignited my interest in the writing of La Plante.