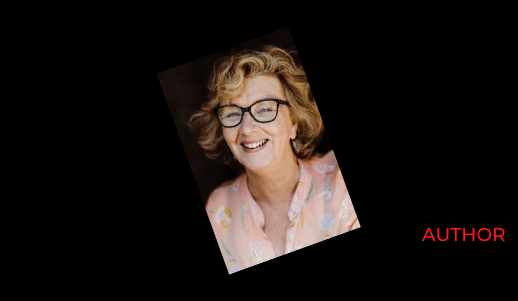 Through most of my forty years as a writer, I’ve jumped between novels, plays and television scripts. Across all of those, the mission feels essentially the same – doing my best to conjure up intriguing characters and a story that will be gripping, moving, surprising but always plausible.

If you peeked into my house when I’m working, the creative process would look similar whether I’m writing a book or a script. I scrawl story beats on file cards and lay them out on the dining table. I immerse my imagination in whatever situation a character is in, so I often wander the house laughing or crying or fuming with anger. I lurch between moments of self-doubt that what I’m writing is rubbish and moments when I’m so caught up in the story I forget to worry. That ridiculous mental dance is the same whatever the project.

But, of course, there are differences. Fiction writing is solitary, apart from some of the research and editing. Scriptwriting involves lots of solo work too but it does offer wonderful moments of camaraderie and creative fellowship. A TV series ‘writers room’ is one of the most hilarious and exhilarating workplaces a human being can find. To collaborate with talented actors, crew and directors to produce a thing together for an audience – well, it can be wonderful. Then again, there is special satisfaction in the freedom of a novel, a project where I can try out an idea and burrow down into it, without being answerable to anyone but a potential reader.

I’m conscious of the different tools I have to work with in fiction, especially language. I avoid using flowery prose that draws attention to itself, but that doesn’t mean I don’t enjoy experimenting with language, aiming for precision and vividness, seeking the exact right word to land in a reader’s mind.  Also, in fiction, it’s fascinating to use shifting point of view to illuminate corners of the story. My new novel The Family Doctor is written in the third person but, in some sections, we see the world from the point of view of Paula and, in other sections, her friend Anita has POV. That can be an evocative way to explore gaps in understanding, different moral perspectives, secret insecurities and assumptions we make about other people – some of the essential and fascinating stuff about how human beings stumble around in the world. It’s possible to play with POV in TV drama too, but the novel is the perfect tool for that job.

Television drama can reach such a big audience. At its height, the series I created, Offspring, was watched by about a million people per episode. That’s dizzying to contemplate and I must admit, it’s thrilling. Most novels reach many fewer people, but there’s a different kind of thrill in the idea that some of those people might immerse themselves my book. That connection between an individual reader and a novel has a special intensity. As a lover of fiction, I always seeking that so I hope I’ve managed to do that for at least some readers.