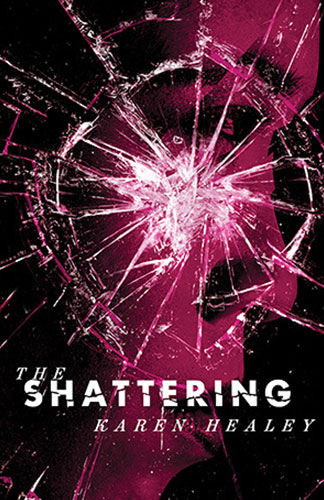 Author: Karen Healey
Publisher: Allen and Unwin
Copyright Year: 2011
ISBN: 978 1 74175 881 8
Review By: Sylvia Loader, Sue Bursztynski and Robbie Hutchins
Book Synopsis:
I had a plan for what to do if a member of my family was murdered. It went:
1. Find the killer.
2. Make sure that they were guilty.
Destroy them. Completely
Summerton is perfect. A town in the isolated and stunning West Coast region of New Zealand, it is blessed with gorgeous weather and hordes of tourists.
But Keri is immune to her hometown’s charms. Her older brother has just killed himself, without warning or explanation, and left Keri shattered with grief and too many unanswered questions. So when her childhood friend Janna and tourist Sione offer answers, Keri is keen to listen.
Janna and Sione’s own older brothers died in suspicious circumstances. Sunny Summerton has dark secrets. And as they investigate, the answers to their questions become more bizarre. Shattering the secrecy of Summerton may open the trio to dangers they never knew were possible.
Can they save Summerton’s next victim? Or will they become victims themselves?

Review by Sylvia Loader
Karen Healey is a New Zealander living in Australia and she has set this book for young adults in her own country. The venue in the aptly named fictitious town of Summerton situated somewhere on the west coast of the South Island. Life in this town seems perfect, with its stunning scenery and gorgeous weather. But all is not well, and Summerton holds some dark secrets.
The story is told by three characters in turn. Keri, a Maori, her childhood friend and rock chick, Janna, and a seriously smart Samoan boy called Sione bring their own culture and ethnicity to the book, and this adds a great deal to the story. All three have experienced the death of an older brother in suspicious circumstances, and as they come to realize these deaths are part of a pattern, the knowledge unites them in their quest to understand just what is going on in Summerton beneath the sunny surface.
Sione shows the others that Summerton welcomes many tourists but that newcomers do not settle in the town. Likewise, while some people leave to study nobody actually moves away. What is the mysterious force that holds the town together? As the three investigate, the answers they uncover are more and more frightening. Can they save the next victim and break the town of its spell? The plot is well constructed and the climax terrifying. Can you believe it?
This is a good read, a book that is culturally enlightening. It deals sensitively with the very difficult subject of teenage suicide and the tragic consequences for those left behind. At the end of the book there are telephone references for those facing this issue, both in Australia and New Zealand, a very helpful addition.
Review by Sue Bursztyski
Keri, a teen living in the beautiful West Coast town of Summerton in New Zealand’s South Island, has recently lost her brother to suicide and is still grieving, as are her parents. In fact, the funeral is barely over. Nobody can understand why Jake killed himself.\ – and Jake is only one of a bunch of teenage boys who have killed themselves over the last several years.
Two friends, Janna and Sione, have also lost brothers. Are there supernatural connections between the deaths and Summerton’s strangely perfect weather and luck? Read it and decide for yourself.
This is the second novel by Kiwi YA author Karen Healey. It’s not a sequel to Guardian Of The Dead, but a fine cracking mystery thriller in its own right.
As well as the mystery, the book explores teen issues. Each of the characters must learn a lesson to help him or her with grow. The nerdy Sione is not really sure how his brother felt about him and often can’t see what is under his nose. Keri has her own issues, apart from the grief, but to tell you would spoil it. Janna has some hard decisions to make about her life.
The book takes you into the heart of a small town in which everyone knows everyone else and any secrets spread like wildfire.
If you like adventure, folklore and mystery, not to mention coming of age, you should get a lot out of this one. Recommended.
Review by Robbie Hutchins
The Shattering is classified as Young Adult Fiction, and with the main characters aged about seventeen, and themes of suicide and the occult, it fits firmly in this demographic. Before reading the book I had concerns that it could be too dark and depressing, but I was greatly relieved and impressed by the handling of this potentially devastating storyline.
The three young sleuths, Keri, Janna and Sione are from very different backgrounds, but share an unenviable bond: all three have lost their eldest sibling to suicide. Most readers will identify with at least one of the key characters: the feisty and independent loner Keri, the image-conscious rock star Janna, or the clever, rich, outsider Sione.
Cleverly, the chapters of the book are numbered, followed by the name of one of the three teen sleuths, and then written from the perspective of that character. Generally the chapters are chronologically sequential, although there is a need for a little overlap toward the end to fill the gaps in information. While this has the potential to be clumsy, Healey achieves it almost seamlessly.
All three characters have their own insecurities and secrets, which makes them more relatable to the reader and explains their motivations. Family interactions following bereavement are also explored.
As the friends use their strengths—Keri’s meticulous planning, Janna’s social skills and Sione’s detailed research abilities—it seems they are getting closer to solving the mystery. But when they suddenly turn on each other and betray each other’s innermost secrets, it appears the case may not be resolved after all.
Young adult readers will enjoy the thrills and spills in this book. In other words, there are plenty of fights and violence and accidents, though all are within the context of the story.
The book does reach a satisfying conclusion and provides plenty of scope for opening channels of discussion. I can imagine it being an ideal set text for VCE English students.
It is a surprisingly easy read and I would certainly recommend it to the target audience. It teaches life lessons, without being preachy, and there is a significant twist at the end that grounds the book in reality.