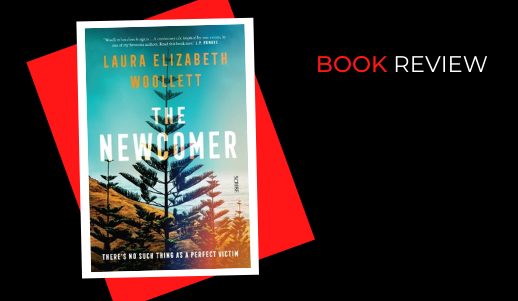 There’s no such thing as a perfect victim.

In a hotel room on a sleepy Pacific island, Judy Novak waits. And worries. It isn’t the first time 29-year-old problem child Paulina has kept her mother waiting. But Judy can’t ignore the island’s jagged cliffs and towering pines — or the dread that Paulina has finally acted on her threats to take her own life.

When Paulina’s body is discovered, Judy’s worst fears seem confirmed. Only, Paulina didn’t kill herself. She was murdered.

So begins a thorny investigation, wherein every man on the island is a suspect yet none are as maligned as Paulina: the captivating newcomer known for her hard drinking, disastrous relationships, and habit of walking alone.

But, above all, Paulina is her mother’s daughter. And death won’t stop Judy Novak from

This book is as much a study of character – and character flaws – as it is a mystery. The central character Paulina is very difficult to like. She has come to Fairfolk Island to escape from past problems in Sydney. Anorexic and seemingly alcoholic, Paulina is self-indulgent, promiscuous, manipulative and awful to other people – including men she tries to use, supposed female friends and her devoted mother Judy. The tightknit community on the island tends to be unwelcoming to ‘mainies’, as they call people from the mainland, and a person like Paulina attracts even more hostility than most. That said, many of the characters on the island are themselves somewhat unappealing.

The story is told in alternating narratives from the period leading up to Paulina’s murder and the period after her mother has come to visit and is determined to discover who killed her daughter. There are certainly plenty of suspects, given Paulina’s treatment of many of them. But the story is also about victimhood, victim blaming and attitudes towards women. Paulina, for example, is the subject of serious but concealed violence and other harm before she is murdered, but there are no consequences until after she is dead. The book looks at harm from several perspectives, including self-harm and the bad choices that people often make. The mother/daughter relationship between Judy and Paulina is examined in depth and the way in which people often keep repeating the same mistakes is painfully clear. These explorations are in many ways the most significant and engaging focus of the book and the murder itself is less central. Judy’s character continues to evolve over several years after the murder is solved and this in turn sheds light on some of her earlier behaviour. Some readers may find the focus on issues other than the traditional murder mystery challenging but the issues are important and the damaged, dysfunctional characters leave a deep impression.