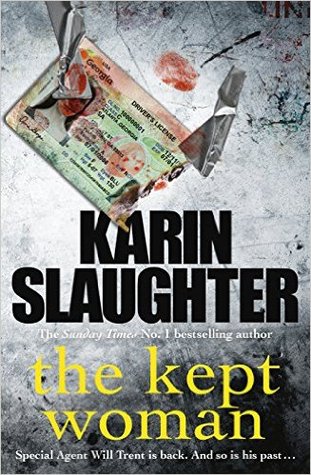 A body is discovered in an empty Atlanta warehouse. It’s the body of an ex-cop, and from the moment Special Agent Will Trent walks in, he knows this could be the most devastating case of his career. Bloody footprints leading away from the scene reveal that another victim – a woman – seems to have vanished into thin air. Worst of all, the warehouse belongs to the city’s biggest, most politically connected, most high-profile athlete – a local hero protected by the world’s most expensive lawyers. And someone Will has spent the last six months investigating on a brutal rape charge.

But for Will – and also for Dr Sara Linton, the GBI’s newest medical examiner – the case is about to get even worse. With consequences that will wreak havoc on his life and the lives of those he loves, those he works with, and those he pursues.

Karin Slaughter’s many fans will welcome the return of the Grant County series and Special Agent Will Trent after a break of a couple of years. The other familiar characters from Atlanta are back too. Will’s lover Dr Sara Linton, now working as a police medical examiner, Will’s work partner Faith Mitchell and his boss Amanda Wagner. Inevitably, we also see the return of Will’s angry, obsessed, estranged wife Angie Polaski, as determined as ever to cause problems for Will while remaining unprepared to let him go. Angie’s part in the story imposes great strains on Will and Sara’s evolving relationship as well as their murder investigation.

The initial murder in this story is particularly dark and challenging. A dodgy ex-cop is found dead in a derelict nightclub/warehouse whose owner – a celebrity sports star advised by an army of lawyers – has recently been unsuccessfully investigated by Will for a savage rape. Much of the blood at the crime scene is not the dead cop’s and other evidence connects Angie to the situation. Is Angie dead? Is someone else dead and where have they gone after losing so much blood? Under immense time pressure, Will, Sara and the team have to unravel what actually happened at the warehouse. When another body is found the confusion mounts and the possibility of resolving the mystery recedes. Throughout the investigation Will and Sara also have to resolve the challenges to their relationship, not least Angie’s determination to destroy it.

The latter part of the book focusses on Angie and her activities over the same time period as Will’s team is trying to work out the perpetrator of the murders. It becomes clear that the intense and unhealthy link between Will and Angie is the result of a shared, abused childhood when all they had was each other. This past has cast a long shadow and Angie is an extremely damaged individual. Unlike Will, who has Sara and the protective Amanda Wagner to support him, Angie seems only to have rage driving her. Other aspects of her past are revealed and they prove to be relevant to the murder investigation. While the book is very long the tension is maintained and the book’s ending suggests we will see more of these characters in future.