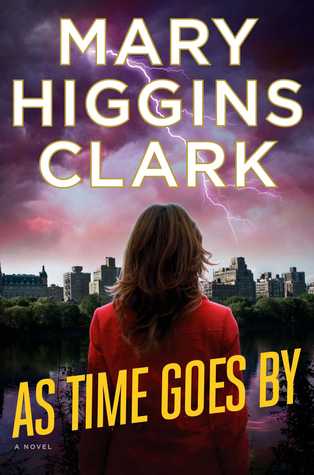 Journalist Delaney Wright is on the brink of stardom after she begins covering a sensational murder trial for the evening news. She should be thrilled, yet her growing desire to locate her birth mother consumes her thoughts. When Delaney’s friends offer to look into the mystery surrounding her birth, they uncover a shocking secret they do not want to reveal.

On trial for murder is Betsy Grant, widow of a wealthy doctor who has been an Alzheimer’s victim for eight year. When her lawyer urges her to accept a plea bargain, Betsy refuses: she will go to trial to prove her innocence. As the trial unfolds, and the demining evidence against Betsy piles up, Delaney is convinced that Betsy is not guilty and frantically tires to prove her innocence – before it is too late.

The legion of fans who love Mary Higgins Clark will pleased to see that, even though she is now eighty eight years old, her skill as a story teller has not deserted her. Her later books, including this one, may not achieve quite the high quality of suspense as in her earlier works, but she can still produce a reasonable yarn. She continues to eschew violence, graphic sex and crude language, an approach that is part of her appeal for many readers.

Clark’s well-known couple, the lottery winning Alvirah and Willy Meehan, become involved in two mysteries in this tale. Their friend, television journalist Delaney Wright, is covering a murder trial in which Betsy Grant is accused of murdering her Alzheimer afflicted husband, Dr Ted Grant, whom she has been caring for at home.

A large estate of millions of dollars is at stake and if Betsy is convicted the entire amount would be inherited by Dr Grant’s son, Alan, rather than being shared between him and Betsy. While he might have a motive, Alan has a solid alibi, and apart from Betsy no-one else was seen at the Grant house at the time Ted was murdered.

Ted Grant used to be in a medical practice with two other doctors but they do not seem to have any connection with his death. Although things look very bad for Betsy – she has also apparently been seeing another man while her husband has been ill – Delaney becomes convinced Betsy is innocent. At the same time, even though she has a loving, supportive adoptive family, Delaney is distracted by her wish to find out about her birth parents and Alvirah offers to investigate. This investigation of Delaney’s birth circumstances turns out to be relevant to the Grant murder and exposes some unsavoury adoption practices in years past. A couple of sub-plots add to the story and everything is resolved at the end. In short, a light and easy read.