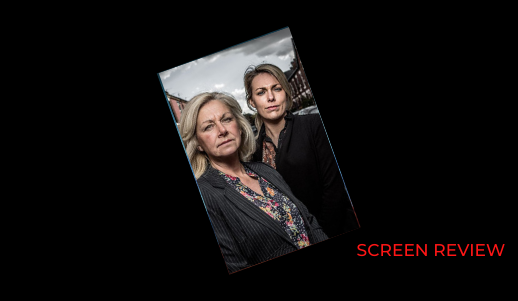 This is an extraordinary series, now available on ABC iView. A must-see for crime writers. It is so beautifully filmed and edited that it is hard to believe it is reality TV, not staged.

Filmed over a period of years it follows England’s Manchester detectives as they investigate cases. They film the detectives as they receive the case, go to the scene of the crime, interview witnesses and suspects, and wait for the results of forensic tests.

What sets this series apart is the explanation the detectives provide of why they take each step. The lead detective says why they are going to interview a person, what they hope to find at a scene, how they interpret a suspect’s answers through body language as well as their verbal answers.

Series 1 concentrates on the Serious Sexual Offences Unit (SSOU). The sexual offences themselves are of the type that are sadly all too familiar: the stranger rape of a schoolgirl, historical sexual offences. Victims are interviewed. They show the enormous impact of them being believed or not believed, by the police and by a jury at trial.

The detectives are surprisingly open with the camera. One detective stresses the importance of switching off when you go home, another says how that isn’t possible. Christine, an interview specialist, describes the physical reaction when a suspect is challenged with the physical evidence against them – she says, “the Adam’s apple goes, the heart rate goes up, the blinking starts, the blood pressure goes up, you can see it all in the body language”.

Series 2 is the homicide detectives. Storylines include investigating the killing of a homeless boy, looking for a man missing in suspicious circumstances, trying to find a man who set fire to his sister before he kills more people with his firebombs. I was on the edge of my seat as they searched for him, knowing they could be the target of a firebomb if they confronted him.

See if you can think that the person who last saw the missing man has killed him.

To see the trailer, go here.

To see The Detectives, go here.