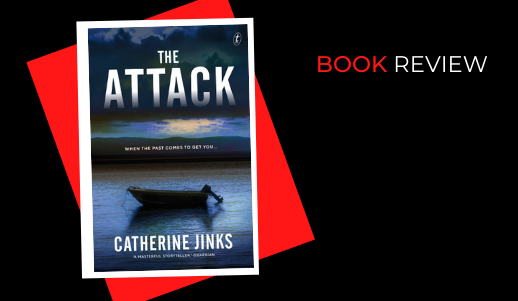 Entry in The Davitt Awards 2022

Robyn Ayres works as the camp caretaker on Finch Island, a former leper colony off the coast of Queensland. Her current clients are a group of ex-military men who run a tough-love program for troubled teens.

The latest crop looks like the usual mix of bad boys and sad boys. Then Robyn takes a second look at a kid called Darren. Last time she saw him his name was Aaron, and Robyn was his primary school teacher. And she was somehow at the centre of a vicious small-town custody battle involving his terrifying grandmother.

This is the kind of book that makes your teeth ache and then you realise you’re clenching your jaw as you read. Robyn is a great character, resilient and strong, but even she is going to struggle against a group of teenage boys when some of them are clearly out to get her. But which ones?

Robyn’s past encroaches into her present when she recognises one of the boys, but we don’t get to know all of it at once. What drove her from the town where she was a prep teacher? She thought the job on this island would be perfect – a place to stay out of the way, to prove her skills in maintenance and cooking, and plenty of peace and quiet the rest of the time.

She is surrounded by ex-military men whose job it is to run a kind of survival bootcamp where the boys, troubled and on the wrong track in their lives, get the chance to learn life skills and gain some balance again. But the guys running this camp are not infallible, and even they aren’t prepared for how far some of the boys are prepared to take things.

And just when you think Robyn is winning, her past really does catch up with her. I enjoyed the growing tension that kept ratcheting up, and I especially liked Robyn. I have a soft spot for strong female characters, but more especially for the ones who can fix a tap or a toilet and do a good job of defending themselves! I highly recommend this for a good, suspenseful read (but maybe don’t take it camping with you…)