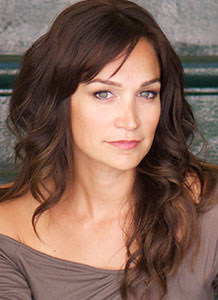 The ‘scene of the crime’ is St Kilda Town Hall where Sisters in Crime held the first SheKilda to celebrate its 10th anniversary back in 2001. SheKilda was the world’s very first women’s crime writing convention.

“St Kilda Town Hall is also where Kerry Greenwood’s 1920s sleuth, Phryne Fisher, was shot at (in Murder in Montparnasse). Leigh Redhead’s stripper-turned-private eye, Simone Kirsch, has her office on Carlisle Street further down the road and opposite is the Greyhound Hotel, her favourite watering hole,” said Carmel Shute, co-founder and national co-convenor.

“For most of its existence, Sisters in Crime has held its events in St Kilda, firstly at the Village Belle Hotel and then for 16 years at Leo’s Spaghetti Bar in Fitzroy Street. While we’ve had to shift to South Melbourne more recently, we’re thrilled to be back at St Kilda Town Hall for SheKilda3.”

Convention-goers will have the opportunity to win a bag of crime books in the Murder at the Town Hall Competition for the best opening paragraph of a story inspired by the ‘body in the crime scene’ in the foyer.

Shute, who says her name predestined her to become a Sister in Crime, said that the organisation had done a huge amount to support women crime writers, provide a forum for discussion and convince publishers to take a punt on local female talent.

“Twenty-five years ago there were half a dozen Australian women with crime books out. Our annual Scarlet Stiletto Short Story competition has been a springboard into publication with 21 winners, including category winners, going on to get published,” Shute said.

“When we launched the Davitt Awards for best crime books at SheKilda1, seven book were in contention. This year there were 77, an eleven-fold increase, something which Sisters in Crime can claim some credit for. Most of all, we’ve had a quarter of a century of enormous fun!”

Preceding the convention’s Saturday program of panels is a Friday afternoon of workshops on writing Young Adult (YA) crime (with Ellie Marney) and ‘winning’ Scarlet Stiletto stories (with Professor Christina Lee).

The workshops, to be held in St Kilda Library, will be followed by Booze, Books and Broads with leading YA author Melina Marchetta, who’s recently turned to adult crime, in conversation with P D Martin.

SheKilda3 officially opens at 9.30 am on Saturday 19 November with a keynote address by Professor Sue Turnbull, a Sisters in Crime National Co-Convenor for more than two decades and a crime reviewer for Fairfax Media.

Topics under debate include domestic noir, detectives with a difference, unlikely heroes, mystery with history, where to draw the line in Young Adult fiction, what true crime teaches us about the law, crime on the screen and romantic suspense – or as Sisters in Crime is calling it, “What’s love got to do with it?”

Following a cocktail party from 5.30-6.15 pm, the 23rd Scarlet Stiletto Awards for short stories will commence. Professor Turnbull will talk to Nicole da Silva (Frankie in Wentworth) prior to the awards’ presentation.

This year, to mark the 25th anniversary, a special Silver Stiletto Award, open only to previous trophy (first-prize) winners, will be offered. This means that some first prize winners ‘banned’ from entering again (but recast as Scarlet stiletto judges) after winning ‘two shoes’ have, just for this year, were allowed to compete.

SheKilda3 will also feature book launches, including Angela Savage’s launch of six e-books of winning Scarlet Stiletto stories, including the 2016 stories that will be announced that night.

The Sun Bookshop, a long-term supporter of Sisters in Crime, is the official ‘Killer Bookseller’.

Men, aka ‘Brothers-in-Law’ are, as usual, always welcome.