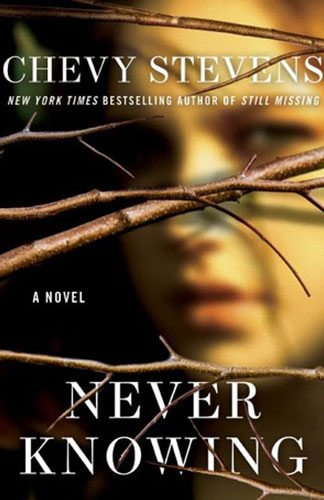 Author: Chevy Stephens
Publisher: Allen and Unwin
Copyright Year: January 2012
Review By: Sandra Nicholson
Book Synopsis:
All her life, Sara Gallaher has wondered about her birth parents. As an adopted child with two sisters who were born naturally to her parents, Sara did not have an ideal home life. And, like many children in this situation, the question why she was given up for adoption has always haunted her. Finally, Sara is ready to take steps and to find closure.

After months of research, Sara locates her birth mother – only to be met with horror and rejection. Then she discovers the devastating truth: Her mother was the only victim ever to escape a killer who has been hunting women every summer for decades. But Sarah soon realises the only thing worse than finding out about her father is him finding out about her. This discovery also begs the question: What is murder is in your blood?

Sara is adopted and then her parents have two daughters naturally and in a way she becomes the Cinderella figure in the family but instead of three ugly sisters she has Lauren, the sister who is a pain, Melanie the bitchy sister, a father who to all appearances regrets the adoption and a sickly mother.

However, by some miracle Sara survives childhood and we see her with a daughter of her own, Ally, who we learn has a temper, which becomes significant as the plot unfolds. Sara also has a furniture restoration business and has been left with the planning of her wedding to Evan. Evan has a new business taking groups on hunting and fishing trips and he is away from home a lot.

Sara is revealed as having obsessive-compulsive disorder and has been in therapy for some time but things are going very well in her life. Although we never actually meet Sara’s therapist, the narrative is revealed through Sara as the narrator telling her therapist everything that has occurred in her life.

After deleting yet another add for Viagra on her computer, Sara accidently lands on a site where letters relating to adoption appear. This, of course, sets her on the trajectory of finding her real birth mother after years of wanting to but not doing so for fear of hurting her adoptive mother. Her birth mother, who has changed her name, is very angry when Sara turns up at her door and initially we are left to wonder why her birth mother has reacted so strongly.

It is revealed early in the book that Sara’s birth mother was a victim of a serial rapist and killer and that the rapist/killer is Sara’s father. However, it is how the story unfolds, the personal interactions, the tension and the twists and turns along the way that will have you on the edge of your seat. It is a tight, well- constructed novel and Sara is an excellent and believable narrator. Every personality and every action and reaction are utilised in the development of the main plot. Gripping!