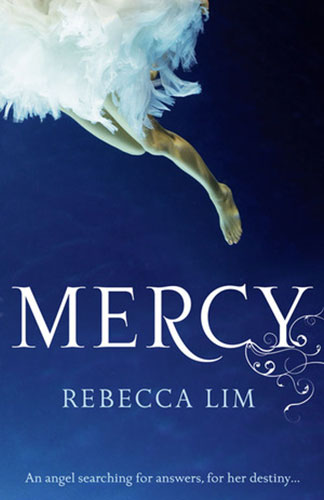 Author: Rebecca Lim
Publisher: Harper Collins
Copyright Year: 2010
ISBN: 9780732291990
Review By: Sue Bursztynski
Mercy is an angel who did something very stupid thousands of years ago and is now being forced to “leap” (my word) into mortal bodies and fix the problems of others before leaping out again. There’s a hole in her memory that allows only flashbacks to what she did, though the implication is that she hung out with Lucifer and his rebel angels, but wasn’t thrown into hell with them. She had friends among the good angels and they have kept an eye on her over the years, which is necessary, because in her dreams she is still being courted by someone called Luc who was her boyfriend in heaven but definitely doesn’t have her best interests at heart.
In her current life, she is Carmen, a young chorister with a glorious voice who has come to a dreary town called Paradise to sing. There is a mystery here, with a missing girl whose brother Ryan doesn’t believe she’s dead. Can Mercy/Carmen and Ryan find her before another tragedy strikes? And what happens when an angel who has to move on becomes involved with a mortal? Read and find out.
I have read three books in this series and admit that this one is my favourite. It is, admittedly, Quantum Leap with angels, though the author swears she has never seen the show. But this is one of the things I liked best about it, that sets it apart from the standard YA paranormal romance. There’s a template for paranormal romance, and this one doesn’t fit into it. The angel is not a tormented Byronic male, but a female who did something dumb and is paying for it. The paranormal boyfriend is NOT the good guy.
And there’s a perfectly good whodunnit in here, though most detectives who find the villain don’t have the options Mercy has. No, I won’t tell you for fear of spoilers.
Read and enjoy it, but if you want to read the series, be aware that it has a change of direction after this, becoming more about Mercy herself, who does something truly stupid in the next book, showing she hasn’t changed much from when she was in heaven, but perhaps it’s only mortals who can change and develop.
Highly recommended.