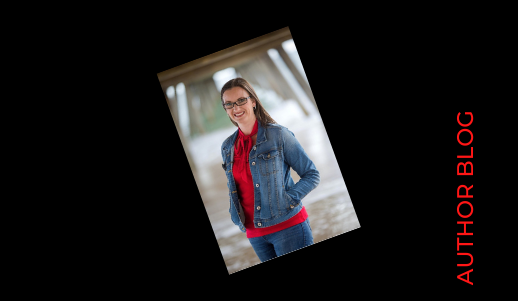 Author Rebecca Freeborn shares her very intimate experience about the highs and lows of being a writer.

I’ve always loved a deadline – the more unreasonable, the harder I work.

I called myself A Writer for years, but really I was just playing around with it; bursts of creativity followed by long lulls of inactivity. The excitement that surrounded submissions to agents or publishers slid into disillusionment and misery with each rejection or – worse – lack of response.

It wasn’t until I got my first publication offer while drowning in the nonstop demands of three children under six that I found myself, for the first time, at the mercy of a publishing schedule.

To my surprise, I thrived on it. The more life threw at me, the harder I worked to fit writing and editing into the spare nooks and crannies. Each new book poured out of me faster than the last. My writing got stronger, tauter.

I wrote the first draft of my last book, The Favour, in forty-six days. Though my previous books had not sold well, each one had been a modest improvement on the last. I knew this book was my best yet, and I had high hopes that it would be the one that would propel me to success.

As I completed the final edits, I already had the beginnings of a plot for my next book swirling around inside my brain.

Then, early this year, my marriage ended.

Suddenly, my world looked very different and I had to add solo parenting, financial worries, and where I was going to live to my mental load.,

Despite all this, I wasn’t willing to let go of my book-every-year schedule. After all, writing had always been the thing that sustained me, that let me escape from the real world, that made me feel like I was good at something.

I had two months to deliver my next book, and despite the anxiety and doubts that were swelling ever larger inside me, I agreed. I’d done it before; I knew it was possible. And what better way to take my mind off my stress than diving into a new world with new characters.

But when I began to write, something was wrong. Every sentence felt forced. I couldn’t get into my characters’ heads the way I’d been able to with my past books. I’m used to writing without knowing how the story is going to end, but this time I didn’t feel the same confidence, because I didn’t know the characters well enough. Fifty thousand words in, I still didn’t feel like I knew them.

I persisted, because when I have a deadline, that’s what I do.

Life worries continued to crowd my brain, leaving little room for anything else. Occasionally, moments of euphoric happiness.

Was that my problem? Had I become the cliched tortured artist who had to be unhappy in order to create?

No matter what I felt, I still had to keep dragging the story out of me, word after miserable word, rarely finding the hypnotic flow that I was accustomed to.

The Favour, which I had completed a year earlier, was released into the world. I felt nothing. I organised a last-minute launch; less than 15 people attended.

By now I’d written more than sixty thousand words of my new book and I still didn’t know how the story was going to end. I was starting to think I wasn’t going to be able to pull it off this time when my editor asked me to put together a rough blurb.

It was her gentle response that broke me.

She said the two main themes in the book were topics that people simply don’t want to read about in these difficult times. I understood this completely … but writing about issues that affect women is what I do.

The book would have to be completely rewritten. I was given an extra couple of months to deliver it, but the prospect was overwhelming.

Meanwhile, The Favour was tanking, big time. The book I’d had such high hopes for barely garnered a review. As I watched the sales numbers rapidly dwindle, none of it seemed to matter anymore.

The negative voice in my head kept whispering:

Who’s going to care if you don’t put a book out next year?

Then, with a nastier edge:

Who’s going to even notice?

That’s when I hit the wall.

For the first time, I not only failed to meet a deadline, but I opted out altogether.

I won’t have a book out next year. And though my life is heading towards a smoother track, I don’t know if I want to write again.

I hope that one day I’ll be seized with the urge, the longing, to see a new book on the shelf again – because I love writing – but, right now, I’m not sure.

Recently, I found a new review on Goodreads. Beneath the review, a comment that I’d become one of her favourite authors. And I got a tiny glimmer inside me.