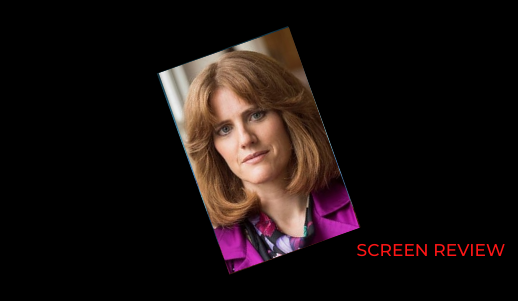 Put together the bad behaviour of The Young Ones, 80s’ fashion, and Newcastle, then add Sarah Kendall’s dialogue – the result is Frayed. Laugh out loud funny.

Frayed is primarily a comedy series but with a crime at its centre. Created and written by Sarah Kendall, whom you may know from stand-up comedy.

Series One got me in. It ended with Sammy (Sarah Kendall) and her children high tailing it to England after the unfortunate killing of the neighbour by Sammy’s son Lenny. Series Two starts where Series One ended. The return to England is not a success. The family has returned to Newcastle to answer police questions about the disappearance of the neighbour.

That sounds all very straightforward and sensible, except it isn’t.

Sammy’s behaviour is as ill-advised as the 80s’ fashion. Remember the solid colours, shoulder pads, and big hair? So stylish in London, a joke in Australia. Ramp that up by placing it in a Newcastle stuck in the 70s with short shorts, tank tops, and thongs (footwear in those days).

Caution and kindness are not part of Sammy’s skill set. Some of the funniest dialogue is between Sammy and her brother Jim (Ben Mingay), who both behave very badly.

The straight person is Jean, Sammy’s mother. While enveloped in the madness of the other characters, Kerry Armstrong’s Jean is grounded in reality. She provides the foundation to allow the viewer to feel a depth of emotion rarely experienced in an, otherwise, completely over-the-top comedy. Unlike the classic comic foil, such as Margaret Dumont in Marx Brothers’ films, Jean is not a fool or the subject of jokes.

Abby (Alexandra Jensen) is another character that plays it straight. She is restrained when all else is not just chaotic, but wrong. She breaks my heart.

But don’t be disheartened, the other characters are played for laughs, particularly the police, and achieve their aim.

The ABC is dropping one episode per week. Episode 5 ended with the earthquake. I remember 28 December 1989, and so it was shocking, but at the same time, I’m dying to see what that brings up. The series final is on Wednesday 3 November, 9.05 pm. You can binge the whole series on ABC iView.