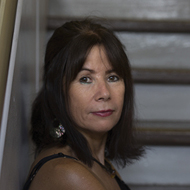 FIONA CAPP: I first came to crime through listening to the Stan Freburg satires of hard boiled police investigations such as St George and the Dragon Net and Little Blue Riding Hood on an antique gramophone. Later I binged on Agatha Christie and Raymond Chandler. But I never thought, I want to write a crime novel. I just wanted to write novels that moved people, engrossed them, provoked them to think and question, and that’s what I’ve been trying to do for 25 years. I don’t like the distinction between literary fiction and crime fiction. It strikes me as entirely arbitrary and at worse, ghettoizes crime fiction, relegates it to the realm of two dimensional characters and formulaic plots. 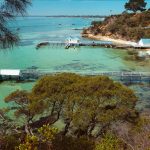 Millionaires Walk, Sorrento (Victoria) – the setting for To Know My Crime

All my novels emerge out of a powerful connection with place, mostly the Mornington Peninsula, south of Melbourne. I’ve spent over 50 years holidaying there and started surfing in my late teens, so the sea is central to my writing and my life. Although they are not crime fiction, when I look back on my five novels, it surprises me to find that all of them are, in one way or another, about people on the run from the law or from themselves, people trying to cut the shackles of their old life in search of a new one.

My third novel Musk & Byrne was originally called Portrait of the Artist as an Outlaw. The publisher urged me to come up with another title and I now wish I had resisted because the original title said it all. It captured the way my female protagonist – an artist on the Victorian goldfields in the 19th century –was painted into a corner as a felon because she defied society’s norms and so became a notorious outlaw. 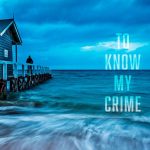 Freud says we all believe that we are guilty of a crime. In To Know My Crime (Harper Collins 2017) I wanted to explore what that might mean. There are always blackmailers in Chandler, but they’re low life. The bad guys. The greedy, twisted, desperate ones. The ones you never identify with. Until, of course, you’re in their shoes. I started with a feckless thirtysomething called Ned, an eternal adolescent who has never been responsible for anything. All he has ever wanted to do is to make people laugh. He’s never been one to worry about anything much. But not worrying is no longer an option. Not with the limited time that’s left to recover what he’s lost in the stock market crash. His paralysed sister, Angela, depends on the money from their investment to pay her mortgage. Her greatest fear is ending up in some institutional hell-hole. Ned knows that if this happens, Angela will demand he deliver on his promise to help her end her life.

Crime is everywhere in our lives – emotional, psychological, legal – once you start to look for it. We are all on the run from something. Why should literary fiction get all the kudos for being high-brow and crime fiction get all the edgy, plot-driven drama? I want both and don’t see why the two can’t be combined.