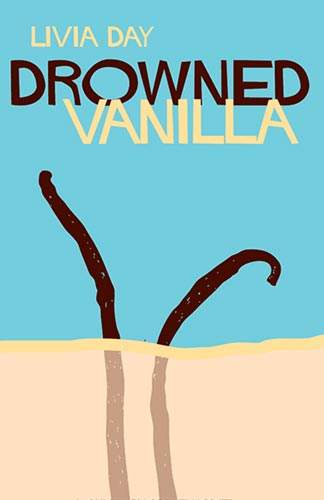 Author: Livia Day
Publisher: Deadlines
Copyright Year: 2014
ISBN: 9781922101013
Review By: Lesley Vick
Book Synopsis: Drowned Vanillais book two of the Café La Femme series – a culinary crime novel. The ice cream obsessed Tabitha regrets her earlier entanglement with solving crime in A Trifle Dead. She is now focussed on developing all ice cream flavours (except vanilla which everyone else wants) in her hipster café and sorting out her somewhat confused love life. Tabitha is a most engaging character and the book is very witty and entertaining as well as a good mystery.

When Tabitha’s friend seeks her help in finding the missing girl she is soon entangled again as several mysterious developments need to be resolved. The sometimes geeky lives of the young people involved are well captured and one strand of the story involves the Gingerbread House where webcams film the female occupants 24/7. People can subscribe and view their activities on the internet. This house with its enthusiastic online viewers is the one from which one of the girls has gone missing and she appears to have an ex-boyfriend who is a stalker. There also seems to be some confusion about the missing girl’s identity.

Tabitha has many challenges on her plate. The mysteries keep piling up and she remains very conflicted about the men in her life – the policeman she refuses to acknowledge as a relationship partner and the Scottish blogger who is a great kisser. Her propensity for gossip and friendship is helpful in the crime solving area and she works the mysteries out in the end. Her love life remains a work in progress. NOTE: The book contains some recipes which sound delicious and would be well worth trying.