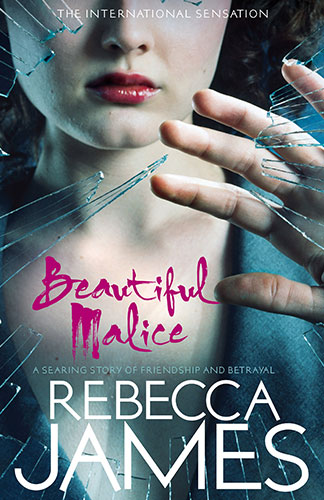 Author: Rebecca James
Publisher: Allen and Unwin
Copyright Year: 2010
Review By: Phyllis King
Book Synopsis:
Truth or dare?’ she asks.
I hesitate. I have so many secrets, so many things I don’t want to reveal, but this is only a game, only a bit of fun. ‘Truth,’ I say finally. ‘I can imagine one of your dares, and I don’t fancy running down Oxford Street naked tonight.’
‘Truth,’ Alice says slowly, drawing out the vowel sound as if she’s savouring the word. ‘Are you sure? Are you sure you can be completely honest?’
‘I think so. Try me.’
‘Okay.’ And then she looks at me curiously. ‘So. Were you glad, deep down? Were you glad to be rid of her? Your perfect sister? Were you secretly glad when she was killed?’
Katherine has moved away from her shattered once-perfect family to start a new life in Sydney. There she keeps her head down until she is befriended by the charismatic Alice, and her life takes her in new directions. But there is a dark side to Alice, and as we learn the truth of Katherine’s sister’s death and Alice’s background their story spirals to an explosive finale.
A potent, intense and simply unputdownable psychological thriller from an exciting voice.

In 2009, Beautiful Malice sparked a bidding war for worldwide publishing rights which were eventually secured by Allen & Unwin for more than $1M, with pre-sales in over 20 countries. It is not difficult to see why. This psychological thriller grabs the reader’s attention from the opening sentence.
“I didn’t go to Alice’s funeral”…“If only I’d seen them throw the dirt into her grave, I would be more certain that she was really dead and buried. I would know, deep down inside, that Alice was gone for good.”
Reflecting from her now pleasant life with a four-year-old daughter, Katherine looks back to when she was 17, four years earlier. She has changed her name and moved to Sydney, attempting to leave behind a family trauma which, nonetheless, continues to dominate her life. Told through flash-backs, the murder of Katherine’s sister Rachel forms a crucial part of the narrative and informs the sort of person Katherine has become.
She is quietly settling into her new school, a loner who keeps everyone at arm’s length, when Alice enters her life. Popular and beautiful, Alice invites Katherine to her eighteenth birthday party. Although wary, deep-down she is in need of a friend and so she accepts. How could she know that the charismatic and mercurial Alice has dark secrets of her own and that she will lead Katherine into dark, uncomfortable and frightening situations?
This is a well-crafted, beautifully written novel by Rebecca James, which, although aimed at the ‘Young Adult’ audience, will also be enjoyed by adults.