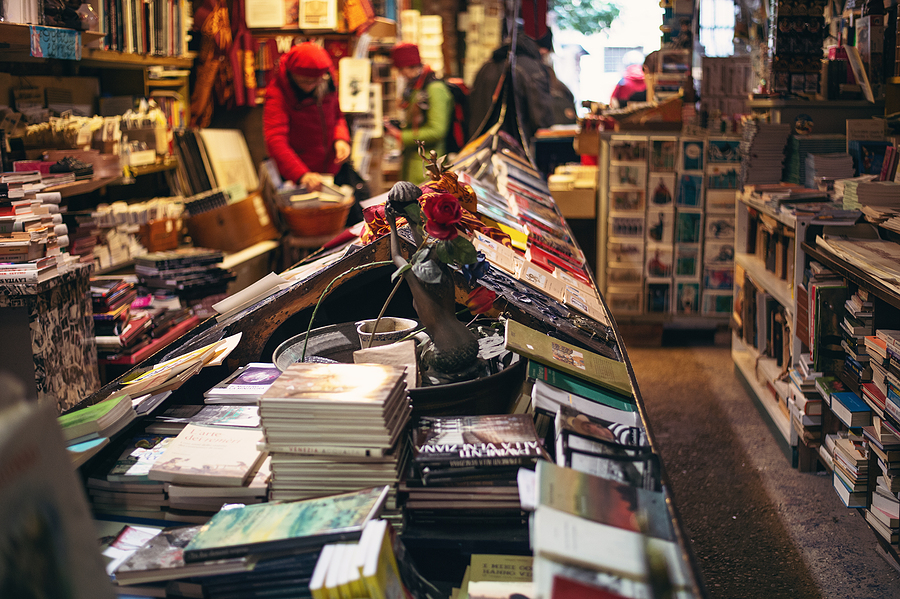 In the past twenty years in Italy, there has been a steady trickle of crime novels and series written by and about women. Some have won literary prizes, but only a few have been translated into English.

Generalisations are always doubtful, but it can be argued that there are two main differences between Italian and Australian women’s crime fiction. In Italian texts, murders are mostly motivated by jealousy or greed, and on the whole, there is less emphasis on family violence and on rape than in Australian fiction. (The important exception is Dacia Maraini, whose 1994 novel Voci, translated into English as Voices, has a strong feminist slant).

The other noticeable difference is the emphasis on linguistic and cultural identity in the various Italian regions: many of the women investigators, like the Sicilian Inspector Montalbano, are highly educated and qualified, but the Italian they speak is often enriched by expressions in their local dialects, which are markers of regional culture. (As Camilleri’s translators have discovered, dialects are practically impossible to transfer into other languages, and some loss of cultural subtext is inevitable).

To the best of my knowledge, the only professional private eye in Italian crime fiction is Giorgia Cantini, who lives in Bologna and is single, in her forties, independent, hard-drinking, ironic, and haunted by two family suicides. She features in three noir novels by Grazia Verasani (born in Bologna in 1964); the first, Quo vadis, baby? was made into a film in 2005 and has been translated into English. The streets of Bologna, a famous university town and a former centre of the Italian political left, are mean streets, where hardly anyone is exactly who they say they are, and where everyone is disillusioned, bitter, and angry.

In many countries a subgenre of crime fiction focuses on amateur detectives. One of its recurrent tropes is the URST (unresolved sexual tension) in the relationships between women sleuths and the police officers whom they assist unofficially. The most famous and popular amateur sleuth in Italy is the secondary school teacher Camilla Baudino, created by the former teacher Margherita Oggero (born in Turin in 1940). Camilla lives in Turin, is fairly happily married, and quotes John Donne as well as Dante and Petrarch as she digs into the secrets of the Turin bourgeoisie; she also constantly fights her growing attraction to the male police inspector in charge of ‘her’ cases. The first of her five clever and witty novels (unfortunately not translated into English) was made into a film, and the others have been the inspiration for Provaci ancora, prof! (Try again, Mrs B!) a television series that ran for seven seasons.

The Roman screenwriter, Nora Venturini, is the author of a best-selling three-novel series about the young Roman taxi driver Debora Camilli. Debora moves from meal centres for the homeless and refugees to the upper-class residential areas near the Vatican, and exchanges banter and tenderness with a Southern police inspector. The series has been translated into German and Spanish, but not (yet) into English; pity, because the novels are fast-moving and funny, with explicit awareness of the power issues in relations between women and men.

Police officers, often senior ones, are at the centre of quite a few recent Italian novels and series. The best-known is a series of five novels (the latest come out in November 2021) featuring the vicequestore (Superintendent) Vanina Guarrasi and written by Cristina Cassar Scalia, born in Palermo in 1977 and, like Sir Arthur Conan Doyle, an ophthalmologist. Vanina is in her forties, determined, authoritative, and prickly. Like Montalbano, she loves good Sicilian food; unlike Montalbano, she also loves classic films. Difficult cases keep her mind away from two tragedies of her past, which haunt her day and night. Her Sicily is less rural than Montalbano’s: murders take place within middle-class milieus, at art galleries, cocktail parties, and events at the University of Catania (founded in the 15th Century).

Commissario (Inspector) Teresa Battaglia, the main character of five novels by Ilaria Tuti (born in 1976 in Friuli, an area of North-Eastern Italy close to the borders with Austria and Slovenia), is a skilled profiler. She is sixty years old, has diabetes and her memory is beginning to fail her; she is demanding with her team but has great empathy and moments of profound compassion. Four of the novels are available in English: Flowers over the Inferno, the first of the series; The Man in the Woods; The Sleeping Nymph and Painted in Blood. The writing is strong, with vivid descriptions of the mountain landscapes and wildlife of Friuli.

Italy has two parallel police forces, but most crime fiction texts focus on the Polizia di Stato, the national law enforcement and investigation agency, rather than the Carabinieri, a military corps with both military and police duties, which women were allowed to join in 2000. The journalist Daniela Grandi has written two novels (not translated into English) about Carabinieri Maresciallo (Sergeant) Nina Mastrantonio, a black Italian of Somali origin who works in the detective squad in Parma and solves crimes about the sexual secrets of respectable people. The novels touch on the good reputation of Carabinieri in Italy and on the competitiveness between them and the Polizia di Stato during investigations.

Few of these novels are, regretfully, available in English. I would be delighted to co-translate one or two if you could get hold of willing publishers.

Born in Rome, Mirna Cicioni has taught Italian at La Trobe and Monash Universities and then worked as a community interpreter for 12 years. She is interested in Italian Jewish writers, Italian Westerns, and Italian crime fiction. With Nicoletta Di Ciolla, she co-edited the collection Differences, Deceits, and Desires. Murder and Mayhem in Italian Crime Fiction (2008). She is a long-term member of Sisters in Crime.