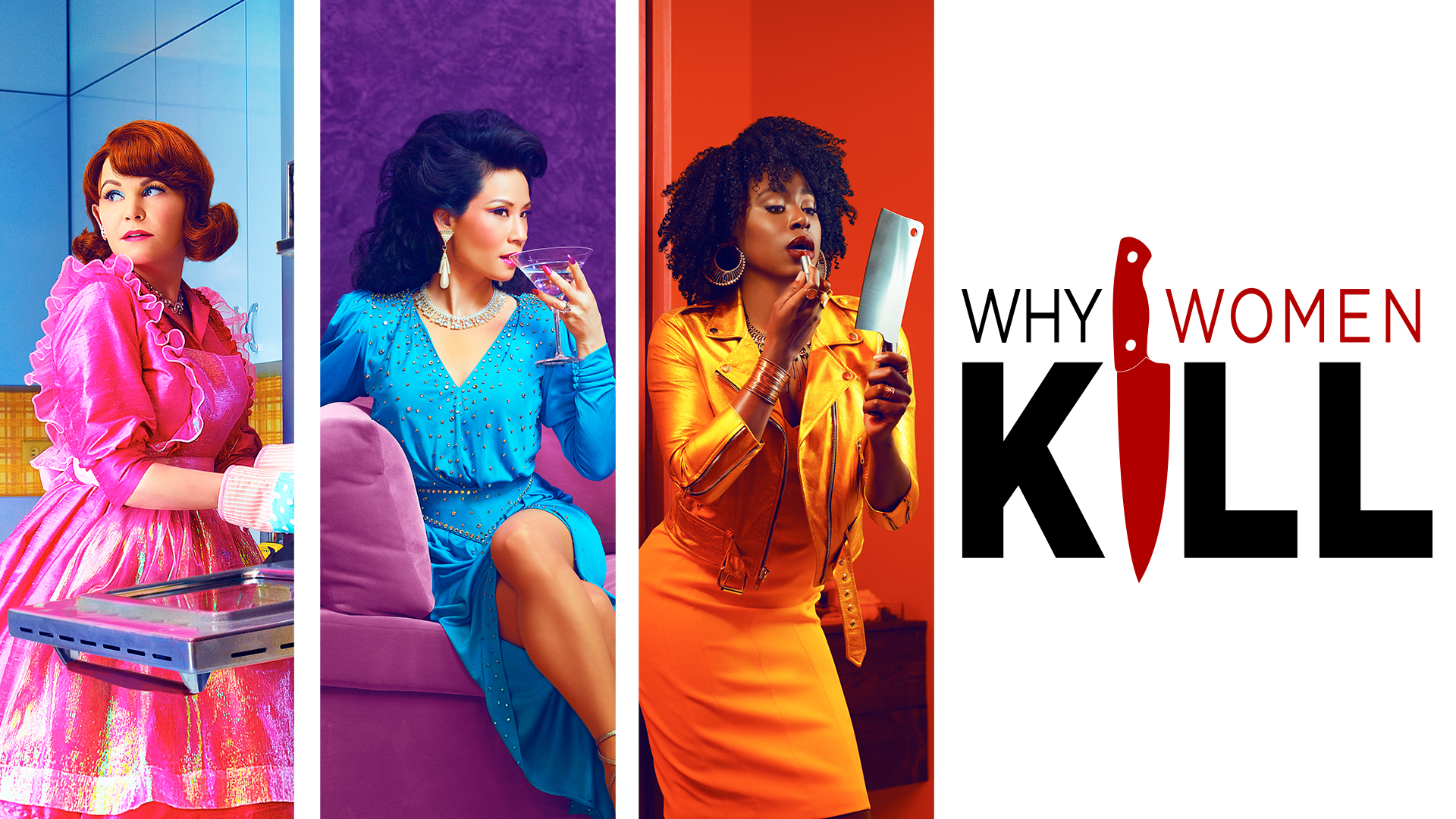 Why Women Kill (SBS On Demand) has had some damning reviews. For example: “can’t settle on a tone” (Roger Ebert); “clichéd characterisations” (Hollywood Reporter), and “lack of a solid voice” (vulture.com).

I enjoyed Why Women Kill (WWK) very much, and wondered why my experience differed so much from the critics. I’ve come to think they missed the point and that the features they didn’t like are exactly what makes WWK so interesting.

But first, for those of you who haven’t seen it yet, here’s a brief outline. The show features three stories, all set in the same house. Each episode jumps between these stories. Each story takes place in a different decade – one in the 1960s, one in the 1980s and one in 2019. Each focuses on a woman who, as the title suggests, kills someone; and each centres on adultery.

1960s’ housewife, Beth-Ann Stanton (Ginnifer Goodwin), lives to obey her husband but finds out he’s cheating. So is the husband of 1980s’ socialite Simone Grove (Lucy Liu), except he’s gay, and has loved another man for years. And, in 2019, lawyer Taylor Harding (Kirby Howell-Baptiste), bisexual and in an open marriage, brings home her current fling, Jade (Alexandra Daddario). In all three cases things, as they say, go completely pear-shaped. One of the pleasures of watching the show is trying to work out who will be killed, and why: I couldn’t guess any of the outcomes.

WWK was created by Marc Cherry, who also created Desperate Housewives, and the two series have much in common. Both project a heightened, surreal world, achieved by saturated colour, exaggerated setting and costumes, over-the-top characterisation and a self-aware archness. Critics who complain about the characters in WWK not ‘being real’ are missing the point. They’re not meant to be real because Cherry is playing with reality. Each of the three women in WWK starts by being a stereotypic symbol of the decade she inhabits and each, in a reality-bending exercise, denies that stereotype by acting against it.

The clues are in in the opening credits, a Lichtenstein-like comic book assemblage of women murdering men, for excellent reasons. So we know from the start WWK is going to be anything but a subtle psychological drama. 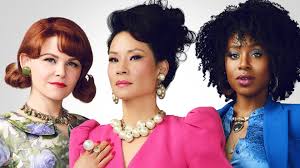 As critics have noted, the show is a lot of fun. In each story, however, the fun is undercut by darker current. Each woman is faced with a moral dilemma and each has to act to resolve it. To say any more would be to give spoilers. (By the way, have you noticed how many TV shows today feature exaggerated, frivolous surfaces undercut by darker, bleaker currents? I’m looking at you, Lucifer, and to some extent at Fleabag as well. And as for Killing Eve – where do I begin?)

The ‘solid voice’ which critics say is missing from WWK comes in how each woman is faced with, and deals with, her moral dilemma. The thread is carried through by the production values, which are excellent. Obviously every decade looks different and one of the joys of the show is the way it sends up that decade in settings and particularly in costumes (designed by Janie Bryant, who also designed the costumes for Mad Men).

Ginnifer Goodwin, the 1960s housewife, is all starched petticoats, gloves and baked goods, and Lucy Liu in the 1980s – enjoying herself hugely – inhabits perfectly the curls and frills of her shiny, shoulder-padded dresses. If the 2019 story doesn’t look as deliciously campy as the other decades, well, that’s because we’re living in it and can’t see it clearly yet.

WWK is by no means flawless. The 2019 story, for example, seems a bit too neat and the show’s ending too tacked-on. Overall, however, this is a very interesting show, and to criticise it for not being something else is not to do it justice. It’s part guilty pleasure, part morality play, part tragedy. It shifts between parody and psychological truth and between laughter and sadness, and that – its ambiguity – gives it depth and makes it worthwhile.

Catch up with the trailer HERE.

Natalie Conyer is a Sisters in Crime member trying to justify her TV addiction by reviewing shows. When she’s not in front of the box she’s a writer. Her novel, Present Tense, won the 2020 Ned Kelly Award for best debut crime fiction.