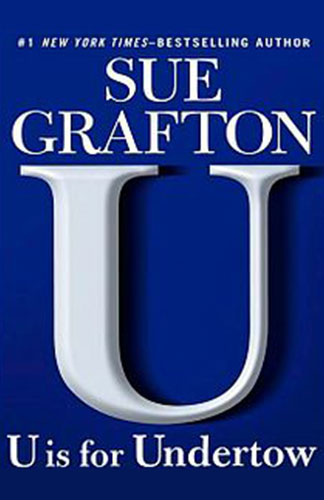 Author: Sue Grafton
Publisher: Penguin
Reviewed by: Rose Mercer
Book Synopsis:
This is a story exploring what is lie, recall and perception which starts when Michael Sutton hires Kinsey for one day to dig (sic) into a memory he has of two men digging a hole 11 years in the past. He is convinced it involves with the abduction and disappearance of four year old Mary Claire Fitzhugh.

The 21st novel in Sue Grafton’s Alphabet Mystery Series anchors the story in 1988, a month before Kinsey’s 38th birthday but leaps back to the 1967 hippy Summer of Love, in a parallel thread that eventually melds into a whole. As is her promise, Sue Grafton never tells a story the same way though yes, Grafton’s detailed style is familiar to the reader and comfortably includes Kinsey’s methodology of facts on index cards, dinners at Rosie’s and an unrelenting determination to solve a puzzle. There is also a bonus for avid Graftonites – an unexpected insight into Kinsey’s family background, something fans have been requesting for many years.

Grafton leads the characters to face truths hidden under the surface of their seemingly peaceful lives. You could say that they were pulled along by the undertow of life, into the oceans of their pasts, to face their demons.