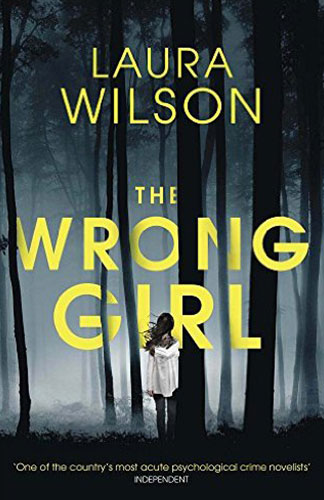 Author: Laura Wilson
Publisher: Quercus
Copyright Year: 2015
Review By: Robyn Walton
Book Synopsis:
In 2006, three-year-old Phoebe Piper went missing on a family holiday. Despite massive publicity and a long investigation, no trace of her was ever found.

Seven years later, Molly Jackson, aged ten and recently uprooted to a Norfolk village, finds her great uncle Dan dead in his bed. Molly remembers nothing of her early years, but she’s been sure for ages that she is Phoebe. Everything in her life points to it and now, finally, she has proof.

Dan’s death brings his hippie sister Janice back to Norfolk where she’s re-united with Molly’s mother Suze, the daughter she gave up for adoption decades earlier. Janice discovers that a former lover, Joe Vincent, lives nearby. Joe was a rock star who, at the height of his fame, turned his back on public life.

As she is drawn back into the past, Janice begins to wonder if Dan’s death and Joe’s reputation as a reclusive acid casualty are quite what they appear…

And then Molly disappears

The saying goes: “If you can remember the 60s, you weren’t there.” Author Laura Wilson (born 1964) wasn’t there as a teenage or adult participant in London’s psychedelic rock scene 1966-70 but she’s done her research, producing a novel which examines some of the consequences of those hazy, crazy days. Wilson’s protagonist, Janice Carthy-Todd, was there as a minor player. And Janice’s brother, Dan, a roadie and Mr Fix-it, was there too. It’s what happened to various people during those trippy times, or even earlier, that determines most of what goes awry in the present day in this stand-alone psychological thriller.

When, in 2014, Dan is found dead in the Carthy-Todd family home in Norfolk, cause of death uncertain, Janice finds herself being reminded of the 60s in whichever direction she looks. Saved items, lyrics and snippets of film on YouTube take her back; so do revived connections with people who were members of that hippie generation. A once-glamorous former musician, a “mad” drug-dealer, obsessive fans and mystery women: all are either housed in the area or are living rough in the woods or had stints in the nearby psychiatric hospital, Crowhurst. This creates a sinister and edgy atmosphere.

Initially, however, the person who most tellingly obliges Janice to recall her Swinging London years is 44-year-old Suzie, the struggling mother of ten-year-old Molly. Suzie enters Janice’s life simultaneously with the news of Dan’s death. She claims to be the daughter whom Janice put up for adoption back in 1970 and has had no contact with since. Awkwardness, blaming and suspicion make the early days of the mother-daughter reunion uncomfortable reading. Wilson’s use of dialogue and domestic detail is brilliant.

Compounding the uncertainties is Molly’s discomfort with taking on the role of Janice’s grand-daughter. Occasional chapters told from Molly’s point of view reveal that the child regards herself as “the wrong girl”: she is not Suzie’s child at all, she thinks, but a girl called Phoebe, who went missing seven years earlier. The loss of Phoebe has attracted an enormous amount of public sympathy and publicity – Wilson is clearly channelling the real-life case of Madeleine McCann. A computer-generated image of Phoebe as she might look now, seven years after her apparent abduction, shows a girl resembling Molly. Is Molly’s belief merely a fantasy compensating for the deficits of her disrupted life? While the narrative turns up instances from recent decades of other young girls who vanished or died, Molly puts herself at risk by planning to set out alone to meet her supposed parents. The child doesn’t fully understand it, but the danger she’s in is magnified by the proximity of one of those old hippies who wanted to discover an alternate reality.

The 2014 action of this novel spans just a few days. The whodunit elements are sorted in the closing chapters through a series of explanatory conversations. Characters previously shown as odd and uncommunicative conveniently turn lucid. It’s not convincing, but then the convergence of so many troubled people in and around one village will have strained credulity from the beginning – unless you regard the Midsomer Murders plots as realistic. Accept Wilson’s novel as a well-managed puzzle and you’ll admire how this author works to intertwine topical events with perennial concerns such as identity and family.