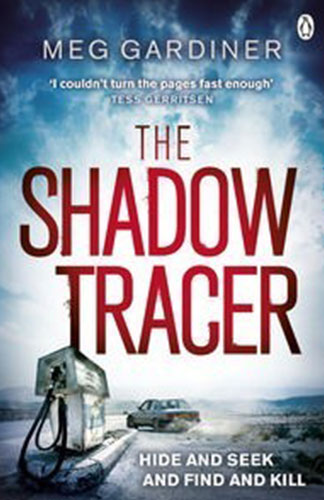 Author: Meg Gardiner
Publisher: Michael Joseph (Penguin)
Copyright Year: 2013
ISBN: 9 781405 914567
No of Pages: 358
Review By: Sue Nankervis
Book Synopsis:
Sarah Keller is a young single mother living in Oklahoma with her five-year-old daughter, Zoe. Her day job is to hunt out people on the run and bring them to justice. So imagine how it looks when a school bus accident sends Zoe to the ER and tests reveal Sarah can’t be Zoe’s mother.

Sarah has been living a lie for years and finally the truth is coming out. Who is she? Who were Zoe’s parents? And why does Zoe’s identity bring the FBI down on Sarah’s tail in mere minutes?

The FBI is the least of her worries, though. Sarah needs to keep Zoe off the grid, but with a sinister religious cult also preparing to attack, where on earth can they hide?

Something deadly lurks in Sarah’s past and its resurrection brings terror to all it touches.

Sarah Keller may be a skip tracer, but she ain’t no Stephanie Plum! This is a much more serious take on the dark arts of finding people who don’t want to be found; the ultimate irony being of course, that Sarah is herself in long-term hiding from terrifying events in her past. Gardiner has done her research, and in the course of the action, there is a lot to learn about the fine art of getting, and staying, out of sight. I found it very interesting.

As far as the plot goes, you need to leave your credulity at the door, but the story gallops along at a headlong pace, and Sarah’s sense of frantic protectiveness of Zoe is well portrayed. The baddies are a particularly revolting religious cult, and the portrayal of them was in brutal caricature, and less successful. They are evil personified, and thus not particularly believable, but in the heat of the action, as the pages have to be turned faster and faster, that doesn’t really matter. There is the obligatory relationship between the heroine and a cop, which doesn’t work particularly well because it feels tokenistic, but it doesn’t distract too much from the action. Zoe, the heroic five year old, is a pistol of a kid, and very engaging.

This is a reasonably light-weight book, but entertaining. Gardiner has written several other books, which I find of varying quality. I enjoyed her first book, Ransom River, but found the only one of the Jo Beckett series that I’ve read to be completely unbelievable. Meg Gardiner writes in a similar genre to other authors like Lisa Gardener, Laura Griffin and even some of the Catherine Coulter FBI series.