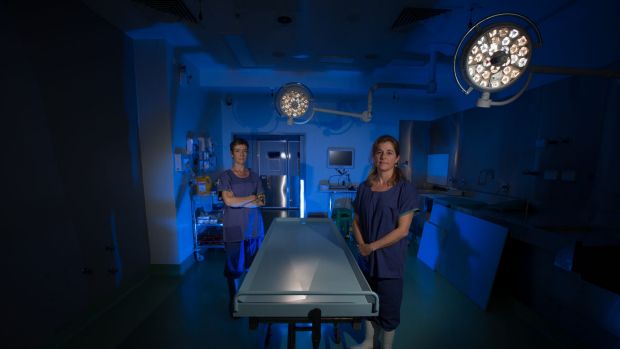 John Silvester interviewed two of the speakers  – Soren Blau, a forensic  anthropologist, and Yeliena Baber, a forensic pathologist – for his Naked City column in Saturday’s Age, 14 May.

Soren and the third speaker, Lyndall Smythe, a forensic dentist, will be on 774 ABC Melbourne at 8.30pm Tuesday 17 May

For people who always tell the truth in court they have become practised liars at parties when over cool drinks they are asked the traditional icebreaker: “And what do you do?”
It is not that they have anything to hide, indeed they spend their lives discovering the secrets of those who can no longer speak for themselves.
Their cover stories will never be as interesting as the truth for these women spend their professional lives proving that dead men do actually tell tales.

John Silvester
Their work may be endlessly fascinating but sometimes, to avoid a barrage of follow-up questions, they change the subject or just tell professional pork-ies while munching on party pies.

One thing is certain, their cover stories will never be as interesting as the truth for these women spend their professional lives proving that dead men do actually tell tales.

It takes a truckload of qualifications and a certain mindset to spend a good part of your life with the dead. While the downside is there is a distinct lack of banter with clients, the upside for the Victorian Institute of Forensic Medicine boffins is they clearly love their work.

These are the experts who stare into the chest of a murder victim with the same intent as a mechanic looking for the malfunction in a motor.

There is no place for emotion or outrage or, even worse, shortcuts. And while they are key parts of the homicide investigation they are not part of the investigative team. If they help solve a murder that is just a byproduct – their job is to seek the truth – not a conviction.

They are no one’s cheerleaders and remain fiercely independent, which means their court evidence is invariably accepted as impartial.

Next week a panel of these forensic crime experts will open up on the world of autopsies, crime scenes, shallow graves and deep secrets.

As part of Law Week, Sisters in Crime Australia will present the gruesomely titled Bones (and Flesh) Never Lie – Or Do They? In basic terms a top cop
(former assistant commissioner Sandra Nicholson) will interview forensic specialists on bones, bodies and teeth to explain how science tells the truth if you ask the right questions.

This is the real world of CSI, minus the designer heels, make-up and scripted one-liners. And let’s face it: When most of us meet these types we are no
longer in any position to ask clever questions.

Which is why we took the opportunity to have a chat while we remain in (relatively) rude health. And we found some pretty normal people who just happen
to hang around with corpses five days a week.

Dr Soren Blau expected to spend her career as an archaeologist – that is until she went hands on in a cemetery dig in Israel. Then she realised she
didn’t want to spend a lifetime “digging up pots and pans”.

After completing her masters she was eventually appointed the VIFM senior forensic anthropologist, which means she is our real life Dr Temperance Brennan from the hit series Bones.

She soon found you can have all the qualifications in the world but it is only when you are literally up to your armpits in unidentified bodies that
you’re in the forensic frontline. “I just didn’t have an idea of the detail required,” she says.