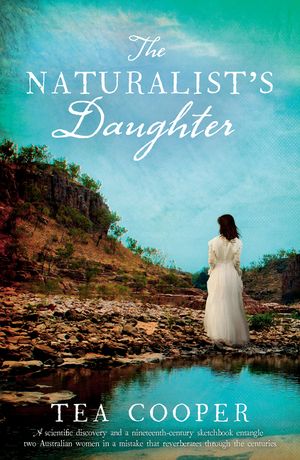 A woman’s bungled act of kindness sparks a chain of events that reverberates through the generations uncovering secrets, lies and the biggest scientific controversy of the nineteenth century, the classification of the platypus.

Two women, a century apart, are drawn into a mystery surrounding the biggest scientific controversy of the nineteenth century, the classification of the platypus.

This well-imagined and well-paced novel unravels the mysteries of our intriguing platypus and its introduction into the western scientific world through a joint narrative that goes back and forth between an amateur naturalist, Winton, and the ‘daughter of his heart’, Rose, in colonial Australia in 1808, where they observe and make notes and watercolour sketches of the platypi near their home in NSW; and the efforts of a young librarian at the Public Library of NSW a century later in 1908 to acquire this same book of sketches for the nation despite the designs of a would-be heir who wants to sell it to the highest bidder.

We learn of the Royal Society’s ignorance of the platypus and its disdain for women, and the earliest comments about the strange creature – one of our two native monotremes which lays eggs yet suckles its young – which the scientists cannot comprehend. The father is spurred by the animal’s venom and becomes so ill that he cannot accept an invitation from Sir Joseph Banks to attend the Royal Society to present his findings. Rose goes alone to London in his stead but is barred.

Her story then becomes one of a tussle between a good and bad brother and delving into the dark backstory of her allegedly convict mother in eighteenth-century Cornwall. The action at points resembles a novel by Daphne du Maurier as ancient and evil druidical customs are unearthed and long held secrets laid bare, and, yes, they do go by Jamaica Inn.

Meanwhile the Sydney librarian Tamsin also has a romantic hero around from the get-go whom she is never quite sure is friend or foe. Here, the villains and impediments to justice lie more in legal minefields regarding proper ownership and improper greed and the array of human desires and ambitions which are pursued and/or thwarted to make money from the sketches.

A lot rests on the untangling of family relationships down five or six generations, but it is a story charmingly told and resolved to a large extent by the faithfulness of an Aboriginal woman who knew the Winton family and is able to unravel some of the complexities for Tamsin. Bits of it might be too romantic or even like chick-lit for some readers but I admired the complexity of the plot, the degree of research, the dexterity of binding the two stories together and the irresistible charm of the platypus which I also have shared from childhood. This is a charming and well-told example of historical fiction and highly recommended for a thoughtful read of a beautifully-crafted tale.