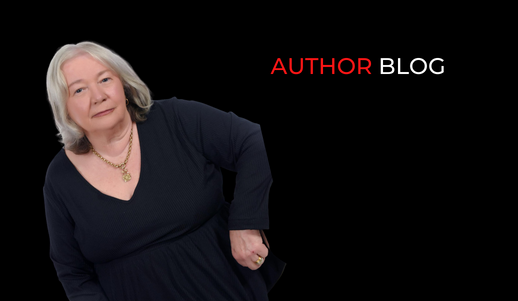 A bird is fluttering and thrashing inside a small cage, the need to be free is driving it to exhaustion.

My mind is like that bird, struggling, fighting to be rid of the cage that has locked my memory and life behind bars.

My mind trying to catch a bolt of lightning before it evaporates so that I can make sense of what I am trying to remember.

Over half a century and still the picture is not complete.

I am a survivor of a Magdalene Laundry in Brisbane. Holy Cross at Wooloowin was built in the 1890s to give a ‘home to women and girls who had erred, suffered and were destitute’, it was also an asylum for unmarried mothers.

The residents were controlled by the nuns of the Sisters of Mercy, most of them had an Irish background, just like me, my ancestors coming from Tipperary.

Mary Magdalene, was a sinner who found redemption through washing the feet of Jesus, is this why we were forced to wash the dirty laundry of others?

How did I end up in such a place? Well, it’s a long story, the reason being I was living with my boyfriend and pregnant.

I was supposedly ‘exposed to moral danger’ by a man I loved. I was arrested from my bed, spent a night in the Watchouse, and then I was committed to Holy Cross. The baby I was carrying 7 months later was stolen from me in the labour ward of a public hospital and handed to strangers.

Seen to be ‘redeemed’ and fit to return to society, six weeks later I was expelled from Queensland to New South Wales, never to see my child or his father for many decades later.

A dazed and fractured mind, and over a torturous three decades constantly tried to put together a story that made sense so that I could understand what had happened to me.

I had become an activist, a sister to the other 150,000 other women in Australia like me, and we demanded answers and the truth!

Piece after piece that became exposed, drove me further into a high state of depression, anxiety, and despair, and yet at the same time an understanding of what had been done to me.

A landmark court case, and a judgement that portrayed me as a bitter and angry woman gave the court justification for my story to be rewritten and dismissed.

Carried on a wave of PTSD, depression, dissociation, and every kind of loss and grief, I was compelled to finish and publish my story.

I had finally come to a place and time and set that trapped bird free.

The ‘dirty laundry’ of those who committed the unspeakable, is now in the open so that history acknowledges young mothers like me who were exploited by state and church a legacy that will be carried on to infinity.

For more about Lily Arthur’s book Dirty Laundry and her life, go here.