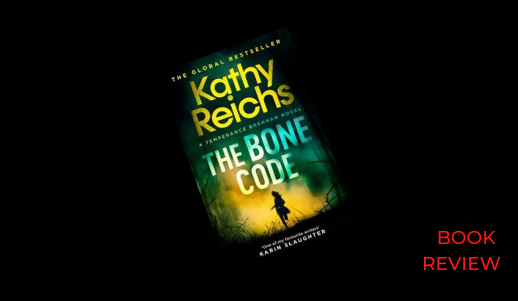 A storm has hit South Carolina, dredging up crimes of the past.

On the way to Isle of Palms, a barrier island off the South Carolina coast, forensic anthropologist Temperance Brennan receives a call from the Charleston coroner. During the storm, a medical waste container has washed up on the beach. Inside are two decomposed bodies wrapped in plastic sheeting and bound with electrical wire. Chillingly, Tempe recognizes many details as identical to those of an unsolved case she handled in Quebec fifteen years earlier. With a growing sense of foreboding, she flies to Montreal to gather evidence and convince her boss Pierre LaManch to reopen the cold case. She also seeks the advice—and comfort—of her longtime beau Andrew Ryan.

Meanwhile, a storm of a different type gathers force in South Carolina. The citizens of Charleston are struck by a bacterium that, at its worst, can eat human flesh. Thousands panic and test themselves for a rare genetic mutation that may have rendered them vulnerable.

Shockingly, Tempe eventually discovers that not only are the victims in both grisly murder cases related, but that the murders and the disease outbreak also have a common cause…​​

The Bone Code is the twentieth book in the Temperance Brennan series.

During a hurricane, a plastic biohazard barrel washes up in Charleston,and Tempe is called in to examine the remains. Inside the barrel are two bodies, both female, naked, shot in the head, teeth and fingers removed and wrapped in plastic sheeting and tied with electrical wire. Oddly enough, there are striking similarities to a case of Tempe’s in Quebec some fifteen years ago that remains unsolved. This sparks the reopening of a cold case. Could both cases be related?

If that isn’t bad enough, Charleston is struck by a bacteria found in the mouths of cats, dogs and humans, that can eat human flesh! The outbreak is fresh on the heels of COVID-19 and people are panic-stricken.

Tempe is approached by Polly, whose twin recently passed away. Whilst clearing out her deceased twin’s belongings, Polly discovers a death mask, which looks remarkably like Polly and her twin. Polly asks Tempe to research the death mask to see if it could possibly be her grandmother’s missing twin. Tempe has never met Polly, but the death mask looks eerily familiar. This sub-plot is neatly woven into the story with a quirky outcome that you won’t see coming.

Kathy Reichs has the ability to deliver ‘keep you on the edge of your seat’, fast-paced action and The Bone Code is no exception. It’s one of those books that you have to keep reading because you need to find out what happens next, but when you reach the last page, you wished it hadn’t ended.

If you love forensics, drama, a well-thought out plot and a little humour sprinkled in, you’ll love The Bone Code.

I can definitely recommend The Bone Code, along with all of Kathy Reichs’ previously published books in the Temperance Brennan series.