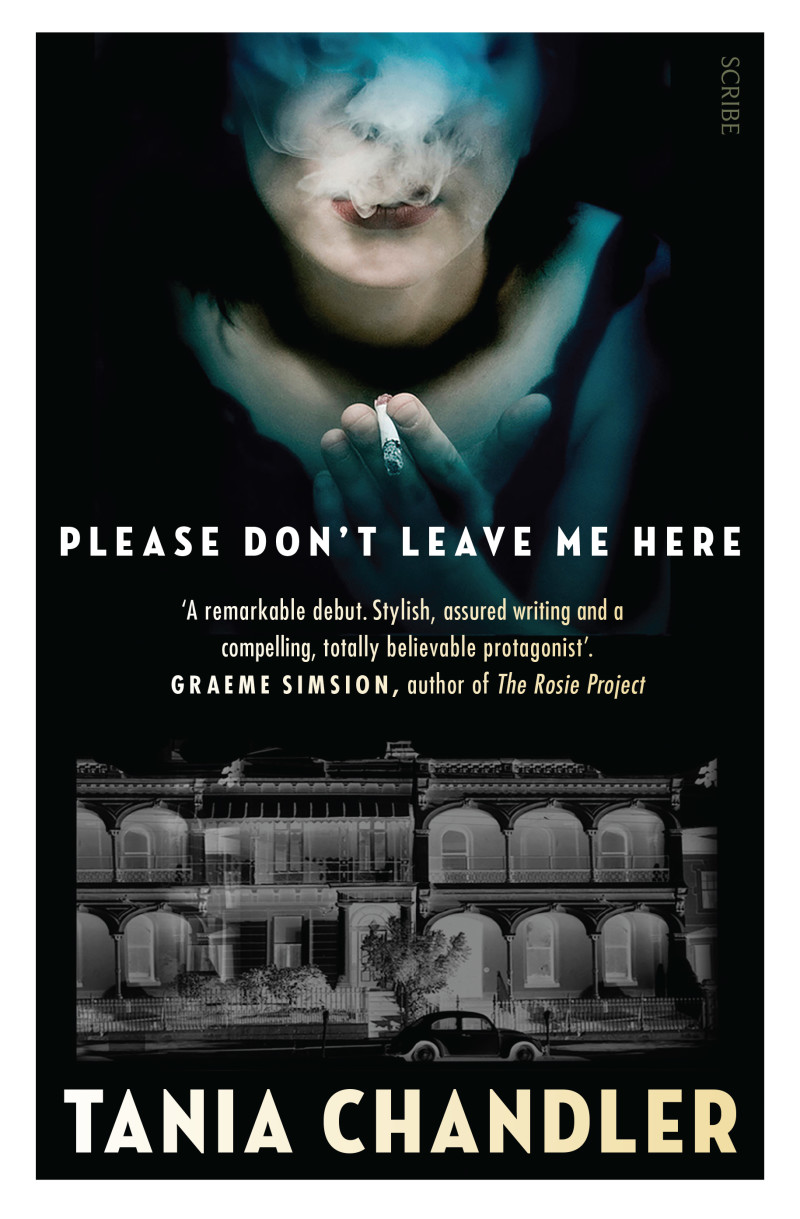 Is Brigitte a loving wife and mother, or a cold-blooded killer?

Nobody knows why she was in the east of the city so early on the morning she was left for dead by a hit-and-run driver. It was the Friday before Christmas 1994 — the same day police discovered the body of a man beaten to death in her apartment.

Fourteen years later, Brigitte is married to the detective who investigated the murder, which she claims to have lost her memory of in the car accident. They have young twins, and seem to be a happy family. Until the reopening of the cold case.

Tania Chandler’s first novel has the endorsement of Graeme Simson on the cover.  And I think he’s right when he says “A remarkable debut….”

Chandler’s novel is set in the Melbourne we recognize.  Brigitte, the main character, navigates the difficulties of being married to a cop while raising four-year-old twins.  The tension driving the plot starts immediately as Brigitte comes across a name in an online news item, one that she’s eager to avoid.  Brig is a complex character who seems to have plenty of blanks in her memory including details of an accident she had as a younger woman.  And yes, there’s the sexy Brigi who’s being just a little daring during a binge drinking session at a party.  That romantic thread plays out to the end of the novel.

The memory lapses Brigitte experiences keep you guessing and page-turning until there’s nowhere else to go, except back to the past, which is Part 2 of the novel and 14 years earlier.  It’s during this section that you begin to really wonder if Brigitte may have some personality issues—those times when ‘Pagan’ is performing.  She is certainly served up as a person who has been mentally abused as a child, has poor self-esteem, has a drinking problem, and during that time frame, is in an abusive relationship with an older man.  Even with all these problems Brigitte is a likeable character, although there are times when she’s thoroughly frustrating. There are still a few elements of surprise left even though this section answers most of the questions the reader may have formed during the first 100 or so pages.

Part 3 of the book takes you back to the end of Part 1, and all things are resolved.  Or are they?  It’ll be interesting to see how Chandler manoeuvres and manipulates her characters and picks up some loose threads to form a sequel to this book, which we’ve been promised.

Chandler has written a book with the familiar setting of Melbourne, a complex yet believable main character, and the page turning tension needed for a successful book.  I think we can look forward to the sequel with pleasure.  Bring it on, Tania!