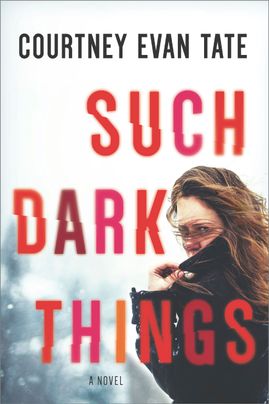 Dr. Corinne Cabot is living the American dream. She’s a successful ER physician in Chicago who’s married to a handsome husband. Together they live in a charming house in the suburbs. But appearances can be deceiving—and what no one can see is Corinne’s dark past. Troubling gaps in her memory mean she recalls little about a haunting event in her life years ago that changed everything.

She remembers only being in the house the night two people were found murdered. Her father was there, too. Now her father is in prison; she hasn’t been in contact in years. Repressing that terrifying memory has caused Corinne moments of paranoia and panic. Sometimes she thinks she sees things that aren’t there, hears words that haven’t been spoken. Or have they? She fears she may be losing her mind, unable to determine what’s real and what’s not.

So when she senses her husband’s growing distance, she thinks she’s imagining things. She writes her suspicions off to fatigue, overwork, anything to explain what she can’t accept—that her life really isn’t what it seems.

Such Dark Things certainly lives up to its name. This isn’t the type of book I would normally read. It’s a very dark psychological thriller, with an unexpected amount of graphic sex, some violent scenes and frequent profanity. I felt like I had to have a long, hot shower after finishing it!

The story is set in modern‑day Chicago, and is told from the alternate point of view of Dr Corinne Cabot, a successful surgeon, and her husband, Jude, a therapist. It also goes back and forth in time.

Corinne is haunted by her past – when she was a teenager, she was babysitting in a house where two people were murdered. Her father is in prison for the crime. She’s repressed the memory (as you would) and there are big gaps. But now she’s starting to get flashes, she doesn’t know what’s real and what’s not, and she feels like she’s going crazy. To make matters worse, there is a distance growing between her and Jude.

Jude, meanwhile, has a dirty little secret of his own. Her name is Zoe, a waitress at the café he frequents, and before long he’s in way over his head.

Gradually, we learn the horrible truth of what happened to Corinne all those years before, and someone from her past, hiding in plain sight, reveals themselves with devastating consequences.

The book is well written, in first person, present tense. That’s my least favourite point of view, but it gave this book the necessary urgency and tension required for the unfolding story. I can’t honestly say I enjoyed it, but it certainly kept me reading and I had to find out what happened. The characters are well drawn and complex, but I wouldn’t invite any of them to a party. They would really spoil the mood!

Overall this is a fast paced, psychological thriller that just might keep you awake at night. I recommend it for people who like that sort of thing…