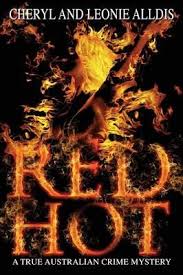 It’s 1964 in the idyllic fruit-growing district of Hamilton Valley, just northwest of Albury. When the first couple of fires break out, locals are disturbed but put it down to the actions of local kids: nothing that can’t be swiftly dealt with. But when the fires keep happening – and start to destroy property and threaten life – they realise there is an arsonist at work. No one is safe and despite a vigilant community and the best efforts of police, the firebug continues to wreak havoc. It isn’t long before fear and anger give way to suspicion, and neighbours start to turn on one another: everyone is a suspect.

This book is based on fact. Over several years in the mid to late ‘60s, an unknown arsonist lit over 300 fires in this region, although only a few of those feature here. The authors have drawn on their experience as teenagers during this time to bring the story to life, and their first-hand knowledge is evident.

At the time, Lavington and the Hamilton Valley formed the sort of tight-knit rural community where everybody knows everybody and there is never a shortage of willing hands to help out in times of need. They turn up en masse to fight the fires and it isn’t long before they’ve organised themselves into regular patrols in an attempt to catch the firebug. But somehow, he’s always one step ahead of them and they quickly realise this is someone with local knowledge, and possibly even party to their plans.

The mystery of the firebug is offset by several other plotlines: a teenage romance, a mid-life affair (or two) and the presence of a mentally disturbed stalker who remains a passive menace, unknown to the object of his attentions for most of the book.

The story is told using an omniscient narrator and quickly moves between characters, but the cast here is so large it can sometimes feel a bit overwhelming trying to keep track of everybody. While this point of view enables the reader to appreciate the emotional impact the fires have on a variety of different people, on occasion it feels as though the same point is being hammered home again and again: everyone is scared, no one knows who the firebug is, everyone wants to catch the bastard.

The narrative is enlivened by occasional chunks of regional and social history which help to paint a picture of a more innocent time.

Clearly there was a desire to adhere to the facts and the way events unfolded at the time, but a ruthless editor would have made this book more compelling.