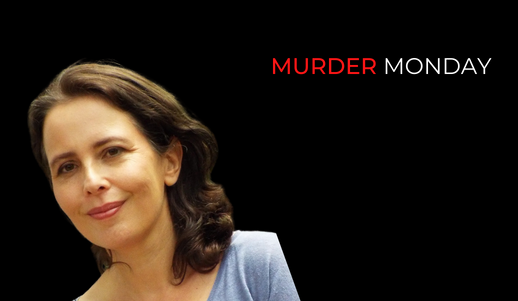 Melbourne author, Megan Goldin, has developed an international reputation for her gripping psychological thrillers. All are set in the United States. For the August Murder Monday, she spoke to Carmel Shute, Sisters in Crime’s secretary, about her approach to writing and what makes her tick. (Carmel is standing in for Murder Monday’s usual interviewer, Karina Kilmore, this month.)

Megan has spoken at a couple of Sisters in Crime events before – once in 2017 when her first novel, The Girl in Kellers Way, had just been published. About a body found buried near a desolate forest in America, it went on to be shortlisted for the 2018 Davitt Awards.

During the first lockdown in 2020, thanks to the miracles of Zoom, we managed to speak to Megan about The Night Swim, her third novel, which featured a true crime podcaster in the US. Meanwhile, she has sold the film rights for her second book, The Escape Room, which is set almost entirely in a lift.

And, now despite the difficulties of home-schooling her three children during two long years of lockdowns, she has managed to publish another thriller – Stay Awake (just out with Michael Joseph, an imprint of Penguin).

Megan has an impressive international work history, having worked as a correspondent for Reuters and other media outlets, where she covered war, peace, terrorism, and financial meltdowns in the Middle East and Asia. Luckily for us, she decided to turn to crime, well crime writing.