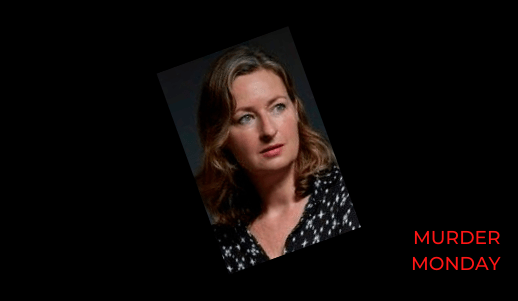 Best-selling UK author, Louise Candlish, spoke from London about her brilliant career and the craft of writing to Karina Kilmore for September’s Murder Monday.

Louise has 15 books under her belt, including quite a few crime and mystery novels. She grew up in the Midlands but has lived in London since she studied English at University College, London. Her thriller, Our House, won the British Book Awards 2019 Crime & Thriller Book of the Year and was shortlisted for several other awards. It was a Number 1 bestseller in paperback, e-book and audiobook and is soon to be a four-part ITV drama, produced by Red Planet Pictures and starring Martin Compston (Line of Duty, Traces…).

Louise says it is the book that turned her career around, right when she was about to give up. Another recent release, The Other Passenger, a Hitchcockian tale of adultery and double-crossing set among the Thames river commuters, is also in development for the screen.

Her latest book, The Heights, just out with Simon & Schuster, is a story of revenge, obsession, and vertigo. The narrator, Ellen, has a strange fear of heights known as ‘high place phenomenon’. Louise thinks she’s her most Hitchcock-inspired character yet.

Murders Monday interviews are available on Sisters in Crime’s YouTube channel at 6pm once a month on a Monday! See here for the previous Murder Mondays (mostly weekly).