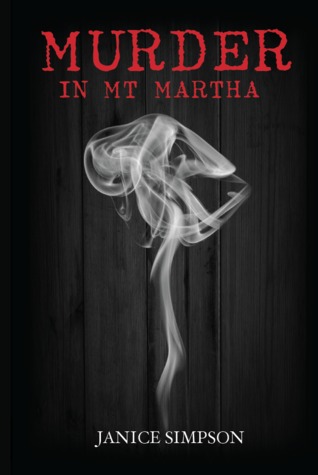 In 1953, a small dog leads his owner to the mutilated, dead body of a young girl. The senseless and brutal homicide not only shakes up the small seaside town of Mt Martha, but also begins an Australia-wide manhunt for the callous murderer. However, the witness testimonies are strangely inconsistent, and without a prime suspect, the case goes cold.

That is until the present time, when Nick Szabo begins an unrelated research project and comes across an old newspaper clipping. Aided by his friend Arthur, he digs deeper into the case, uncovering horrific layers of deception and betrayal.

In 1956 I was a mere tot and so have little recollection of the Melbourne Olympic Games apart from a family photo of us waving flags as the Olympic torch passes through Wangaratta. From studies later in my life I became familiar with the “Blood in the Water” water polo match between Hungary and the USSR and the consequent defection of some of the Hungarian team.

Nick Szabo is a researching his doctoral thesis based on the defection of this grandfather who was part of the Hungarian Olympic team.  To ensure he has a sense of Melbourne in the 1950’s he is introduced to Arthur Boyle, 40 years his senior, by his research assistant and community worker. This unlikely pairing is a feature of the book, the dry humour of the somewhat old fashioned Boyle contrasted by the modern man who always has his grandmothers cinnamon and ginger biscuits to share.

As part of his research Nick records his discussion with Arthur and becomes intrigued with Arthurs report of crime in the 50’s particularly the murder of a young girl Arthur worked with at Coles.   As a result Nick research widens to include an investigation of this cold case.

The story easily moves between Nick’s current life, his family history and Arthur’s story particularly of his Uncle Ern.  Murder in the 50’s is just as gruesome as it is now but the reader is intrigued by the discovery of Arthur’s family history, his relationship with his mother and his mother with the local priest.  The complexity of the various story lines holds a lot of interest for the reader.   The historical aspects have an authenticity that provide a wonderful insight into Melbourne in the 50’s. Murder in Mt Martha will keep you turning the pages and wondering about peoples motives. Finally it is surprising that this is a first time crime novel as its sophistication shows a wonderful talent.