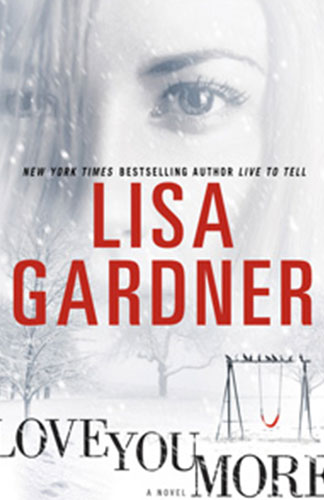 One question, a split-second decision, and Brian Darby lies dead on the kitchen floor. His wife, state police trooper Tessa Leoni, claims to have shot him in self-defense, and bears the bruises to back up her tale. For veteran detective D.D. Warren it should be an open-and-shut case. But where is their six-year-old daughter?

As the homicide investigation ratchets into a frantic statewide search for a missing child, D.D. Warren must partner with former lover Bobby Dodge to break through the blue wall of police brotherhood, seeking to understand the inner workings of a trooper’s mind while also unearthing family secrets. Would a trained police officer truly shoot her own husband? And would a mother harm her own child?

For Tessa Leoni, the worst has not yet happened. She is walking a tightrope, with nowhere to turn, no one to trust, as the clock ticks down to a terrifying deadline. She has one goal in sight, and she will use every ounce of her training, every trick at her disposal, to do what must be done. No sacrifice is too great, no action unthinkable. A mother knows who she loves. And all others will be made to pay.

If you’re after the shortest ever review of a thriller, that would be mine for Love You More by Lisa Gardner. Actually, let me re-phrase that.

Gardner is a New York Times ‘bestselling author of suspense’ and it’s easy to see why. Her fifth novel in the Det. D.D. Warren series unfolds like a slick Hollywood thriller. In fact, as I read I found myself casting the characters.

Massachusetts State Trooper Tessa Leoni was easiest. Michelle Rodriguez from Girlfight and Lost fame would be perfect as the ‘tiny, fast and tough’ Leoni, nicknamed ‘Giant Killer’ by her fellow recruits. Leoni’s is the story that propels the plot, told from her own point of view, the reader – like state police D.D. Warren and Det. Bobby Dodge – kept guessing what’s behind her every move.

Det. D.D. Warren, dealing with an unplanned pregnancy on one hand, a suspected child killer on the other, could be played by Sandra Bullock. In D.D., Gardner creates a character convincing in both her professional competence and personal messiness.

The part of Bobby Dodge needs a hunk with gravitas. Having just seen Colin Farrell in London Boulevard, I’m thinking he’d be perfect if he stays fit, especially when I want to cast Matt Damon – who could otherwise play Dodge – as Brian Darby, whose death opens the story. The film I’m making in my head of Love You More needs an actor of Damon’s talent to play Darby, described as a man ‘you can both love and curse all in one breath’ by his wife Tessa Leoni, the prime suspect in his murder. If Damon wasn’t available Russell Crowe could do it…

But back to the book.

Gardner’s writing packs a punch and she does her homework. I was gripped by the story from the onset. I didn’t know it was part of a series until I read the author’s note at the end, which is a good sign: you could pick up this novel without having read the others in the Det. D. D. Warren series and still enjoy it.

I have to confess to being a tad disappointed by the whodunit, but the how and why more than made up for it.

There’s a scene towards the end of Love You More, which brought a tear to my eye. It’s been a long time since any novel did that. Tessa Leoni’s daughter is six years old. Mine’s five. Enough said.