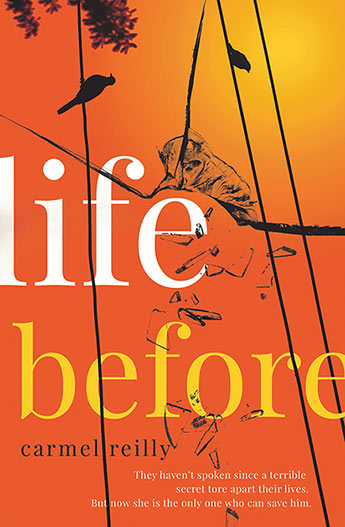 She knew she should talk to him. But what could she say? Once there had been blame to apportion, rage to hurl. Now she no longer had a sense of that. Who knew what the facts of them being here together like this meant. What was she to make of the situation? Scott lying unconscious here in this bed, unknown to her in almost every way. She a wife, a mother, but in her mind no longer a sister. Not a sister for a very long time now.

Lori Spyker is taking her kids to school one unremarkable day when a policeman delivers the news that her brother, Scott Green, has been injured and hospitalised following a hit and run.
Lori hasn’t seen Scott in decades. She appears to be his only contact. Should she take responsibility for him? Can she? And, if she does, how will she tell her own family about her hidden history, kept secret for so long?
Twenty years before, when she and Scott were teenagers, their lives and futures, and those of their family, had been torn to shreds. Now, as Lori tries to piece together her brother’s present, she is forced to confront their shared past-and the terrible and devastating truth buried there that had driven them so far apart.
Compassionate, wise and shocking, Life Before tells the gripping story of an ordinary family caught in a terrible situation. What if the worst thing you can imagine isn’t the worst thing to happen? How do you go on? And what steps will you take to protect yourself from further pain?

This is Carmel Reilly’s debut adult novel but it’s obvious her skills were honed in the fire of educational and professional writing as author of over 300 titles.

Life Before – What a great title, and its significance deepens as the story develops. Life Before is an arresting take on the crime genre. The reader knows who kills who and why, so the crime sits more at an emotional level: who did what and why.

The chapters have two interchanging narratives: a 1993 small town setting where tragic event triggers the story, and a 2016 suburban timeline in which the mystery unravels. Loren Spyker binds the two narratives. A surprise visit from the police brings Spyker’s long lost brother back into her life and forces her to make sense of a family tragedy which occurred when she was a teenager. Both narratives are written with assurance, each with great climaxes, and the last third of the novel brimming with energy.

The treatment of “hero” is also arresting. Small town cop, Senior Sergeant Des Robinson never saves anybody. His role in this tragedy is a kind of Greek Chorus, reflecting on events as they unfold. I describe him as a hero because he holds the centre of what Life Before is really about: compassion. Humble and not particularly emotionally articulate, Robinson is not quite fit for the role of compassionate hero, which makes his character all the more powerful.

Life Before has quiet depths much like the characters who reveal rich and subtle seams.