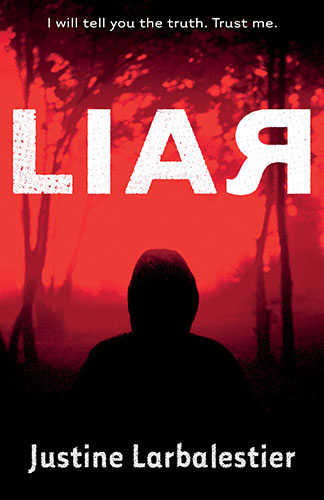 Author: Justine Larbalestier
Publisher: Allen & Unwin
Review By: Tanya King
Book Synopsis:
It is easy for many readers to dismiss young adult novels as being for children and therefore simplistic and unlikely to contain anything of interest to an adult. In the recent crop of young adult and children’s novels up for contention for the 2010 Davitt awards, plots were complex, story lines were original and often witty, and characters realistic. None more so than Justine Larbalestier’s Liar. This is a novel aimed squarely at the older end of the Young Adult market, and as such could easily be picked up and devoured by the discriminating adult reader as well. It is set in a New York high school and tells the intriguing story of teenager, Micah Williams, who is not as she seems, nor does she want to be. She is proudly and defiantly a liar, one who can’t help but spin a line to everyone she meets. Her peers have been badly burnt by believing her often plausible lies, and she is an unpopular outcast.

Larbalestier’s novel is divided into three parts, each one revealing more about Micah, but at the same time taking away something that the reader has previously believed of her. The story is from Micah’s point of view. She unabashedly confesses her lies to the reader, and promises to tell the truth, but as the story progresses, it becomes clear that not all her confessions are true after all. As readers, we are used to believing what our protagonists tell us, so that even when we are told not to believe Micah, it is hard to shake the habit.

Micah has built a web of lies around her, and hints are dropped from the beginning about reasons for this, reasons which her parents not only seem to condone but encourage. Or is that the truth? When Micah’s secret boyfriend, Zach, first disappears and is then found viciously and sickeningly murdered, will her lies protect her or bury her? Or will the truth save her?

There is a strong supernatural theme running through this clever and complex novel, and because of this, it may not be to the tastes of all readers. Liar grabs you by the jugular from the first page and drags you headfirst into it. It is elegantly and skilfully structured, told from the point of view of an unreliable main character whose lies and truths have the reader questioning and re-questioning what they believe and what they think they believe.