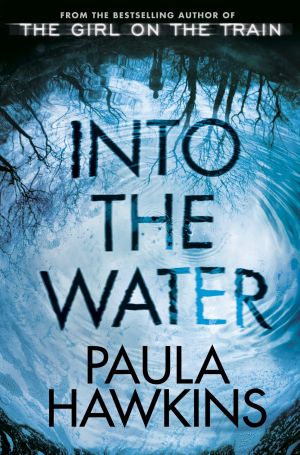 A single mother turns up dead at the bottom of the river that runs through town. Earlier in the summer, a vulnerable teenage girl met the same fate. They are not the first women lost to these dark waters, but their deaths disturb the river and its history, dredging up secrets long submerged.

Left behind is a lonely fifteen-year-old girl. Parentless and friendless, she now finds herself in the care of her mother’s sister, a fearful stranger who has been dragged back to the place she deliberately ran from—a place to which she vowed she’d never return.

I can see it now, the screen adaptation of Into the Water, Paula Hawkins’ much anticipated follow-up to the phenomenally successful The Girl on the Train. Except this time, if I have my way, it won’t be a film transposed from suburban London to New York, but a TV series in the now transnational Nordic Noir style, preferably by the team that gave us such regional British dramas as Broadchurch, Hinterland and Shetland.

So no need to change the location, just head straight for the Cheviot Hills in darkest Northumbria, a place I know well, where the clouds lour dismally and it rains – a lot.

Blaming the weather and the landscape helps account for the fact that all the inhabitants of the fictional Beckford are in the grip of an existential crisis.  As 15-year-old year old Erin Abbott tell us, “it’s a strange place, full of odd people, with a downright bizarre history”.

Abbott should know – her mother Nel has been writing a book about the local drowning pool in which at least six “troublesome” women have met an untimely death.

The first of these was Libby Seeton in 1679 who, suspected of being a witch, was subjected to the ordeal by water – the one in which you proved your innocence by drowning. Since only witches were expected to float, this was a lose/lose scenario if ever there was one.  But the drowning that precipitates what is not so much an investigation as an unravelling of all involved is that of Nel herself.

As in The Girl on the Train, Hawkins’ story-telling technique involves multiple points of view. Here, rather than sticking with the first person, she also employs an omniscient narrator. So while some characters speak to us directly (albeit guardedly), others are observed from a relative distance as they go about their nefarious business.

There’s also a much bigger cast of dramatis personae, rendering Into the Water a book that could usefully do with a who’s who since many of the “voices” are all but indistinguishable.

If any character is central, it is Jules, the sister of Nel who, like Rachel in The Girl on the Train, has a “problem”. This time it’s not alcohol but bulimia, signalling a need to purge her troubled past rather than the three bowls of spag bol she has just bolted down. Jules has been estranged from Nel since they were teenagers living in the Mill House on the river when “something bad” happened for which Jules has always blamed her sister.

The back stories involving Nel and Jules, Detective Inspector Sean Townsend and his wife Helen, and Nel’s daughter Lena and her best friend Katie (who is the unfortunate sixth woman to drown in the pool) constitute only a few of the multiple narrative threads that will lead to the disclosure of how and why Nel, and all the other women, have drowned.

There’s a barely concealed feminist agenda here that points the finger firmly at the opposite sex, while hardly absolving the women from all the blame. The gender politics are complicated.

Ultimately, whether Into the Water is any “good” hardly matters since the 20 million who have read The Girl on the Train can rest that assured that this one is exactly the same, and yet completely different: the first rule of success in the second book syndrome.

The more important question is, does it work – again? To which the answer is yes, pretty much, if you’re into puzzles and the big reveal. Driven by curiosity, certain that at moments I had worked it all out, I was nevertheless satisfyingly blind-sided by the final revelation.

Into the Water is not just “dark”, it’s as “noir” as they come. It’s also a book that begs the question, if everybody screws life up, why is it the women who must pay the ultimate price?  Prepare to be perturbed – again.

This review first appeared in The Age and The Sydney Morning Herald on April 28, 2017