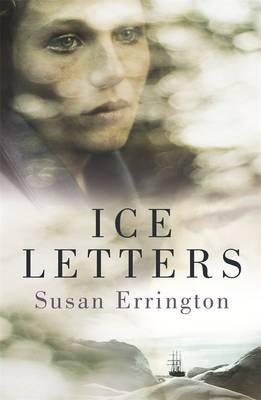 Adelaide, 1916, and Dora Somerville grieves for her brother, Edgar, killed in France. In the course of an oppressively hot summer, she decides to abandon her pacifist beliefs and embrace violence as a means to end the Great War.

In his printing shop, her lover, Daniel Bone, also makes a momentous decision. He can no longer face the constant pressure to fight in the war – he will join an Antarctic expedition and abandon Australia, leaving Dora behind. However, the peace Daniel seeks eludes him when he is caught up in a crisis in the icy wilderness as the men find themselves under attack.

When the lovers parted, they had agreed to write to one another, although they knew the letters would never be sent. Thousands of miles apart, their passion grows as the decisions they have made imperil them both.

This book is a second novel by an author whose first novel Olive Street was short listed for the Victoria Premier’s Literary Award for First Fiction.

Ice Letters is a slow-paced novel reflective of the times in which it is set, when life was not as frantic as it is today. It’s set during World War One, when conscription was being considered and in Australia some were pacifists while others supported the war.

The book has two main characters: Dora, who is the last living member of her family, supporting herself by working as a typist; and Daniel, a printer. Both are involved in pacifist activity, although in separate groups.

The story is written in the third person, allowing the change of perspective between the two lead characters to happen seamlessly throughout the book.

Through Dora and Daniel, we see the way in which two groups use the cause of stopping the war differently: one very much pacifist and the other using the cause as a platform to push another agenda. By the end of the book Dora has left her group to join Daniel’s group.

Daniel leaves Adelaide to cook for an Antarctic Expedition. The mystery of the novel comes into play here. How will the group protect itself from acts of sabotage, and who is responsible for those acts? The climax of this section had me wondering about the choices I would make in similar circumstances.

While Dora and Daniel are apart, the author resorts to quite an interesting method of continuing the relationship between them, in that they write letters to each other, even though the addressees cannot receive them – there being no mail service between Adelaide and Antarctica.

If you enjoy gentle reads set in times past, and would like chance to reflect on how we influence and are influenced by others, then this is a good novel for you.