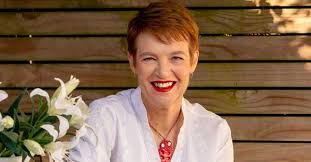 The biographer and the detective are not as far apart as you might imagine. This analogy has been made before, and there are much less generous ones. Famously, commentator, Janet Malcolm, likened the biographer to an ‘eavesdropper’, a ‘voyeur’, a ‘snoop’. Some times what I do feels uneasily close to these transgressive manifestations. Not literally, but certainly writing biography shoves you up against the perimeter wire of ethics. You cannot help feeling the pressure, of telling truths, revealing secrets, as Malcolm puts it, of ‘rifling desk drawers, to take what doesn’t belong’, and shape the narratives of people’s lives. Not to mention the collateral damage that the act of telling and shaping has on the lives of friends, family and even the enemies of your subject!

To be honest, that’s why I like my subjects dead. Living people have egos, and worse still, their own version of events. Those in Hades, however, are egoless, voiceless, and best of all, you can’t defame the dead. For a biographer, that’s a biggie. The fear of being sued is the one thing that disturbs my sweet dreams. So, as much as I tell myself that my writing gives ‘voice’ to my women and LGBTQI subjects, it is their ‘voicelessness’ that helps me sleep at night.

Armed with this insight into my paranoia, you can imagine why writing the biography of Anne Perry, alias Juliet Hulme, was a radical shift. Anne Perry, the focus of my fifth biography remains my only living subject. From the beginning she felt dangerous. If subjects have alarm bells, then her’s blasted like a Tsunami alert. She seemed formidable, reclusive – litigious, even – and she certainly wasn’t voiceless, or at least I imagined her lawyers wouldn’t be!

Anne Perry broke my golden rule, and there were other transgressions. The most dramatic being, that she was one half of the infamous Parker-Hulme duo, who as teenagers, took Pauline’s mother Honorah Parker, up to the Port Hills in Christchurch and bludgeoned her to death. For avid crime detective readers outside New Zealand, this is not the way Anne Perry is usually remembered. Instead, she is better known as a best selling crime doyenne. But if you are from Christchurch, and your mother stood behind her in assembly at high school, then she is your cautionary tale. For Kiwi’s, Anne Perry is more criminal rather the crime detective fiction writer.

Not only was Anne Perry living, but it was almost a foregone conclusion that she would have more stake in controlling her story than most people. The risk assessment was extreme, but still I was pulled inexplicably towards the project. I had just finished a biography of Dame Ngaio Marsh, which kept me enchanted for years. Anne Perry offered the same thrill of uncovering both the author and the person, and following the clues that link her writing to her life. The difference was that Ngaio Marsh’s life was feted, and Anne Perry’s horribly ill-fated.

Maybe it was my obsession with crime detective fiction, or perhaps with Anne Perry, that made me persist when my first approach to her agent and publisher was rebuffed. After months of gloom over my rejection, in the wee small hours of a long haul flight from London to Auckland, I woke up fully determined to write the biography, regardless. This was the story I felt I had to tell and even the subject herself wasn’t going to stop me.

HarperCollins accepted my proposal for The Search for Anne Perry, and a contract was signed. But what happened next was weird. I found myself frozen, unable to read a book or write a word. How can you write about a living person in their absence? The horror of being sued was not the thing that disturbed me most. My listlessness, my inability to start, was because I had a huge ethical problem with asserting my will over my subject’s right to say “No”.

There is a widely held belief that serious offenders forfeit their right to privacy. I wrote my proposal on that basis, but once the contract was signed I couldn’t move forward. I remained in this wasteland of inactivity until my partner remonstrated with me. She said I had to write to Anne Perry’s agent and tell her I had a contract and invite them to participate once more. Their response was surprising. Anne Perry agreed to meet me in London, and there began one of the most fascinating periods of my life. 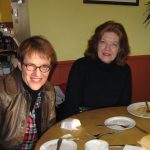 Anne Perry (pictured right with Joanne Drayton) is a very focused person and nothing she does is done lightly. This is probably due to hindsight, when hindsight reflects back on one of the most awful events of your life. I have more than fifty hours of taped conversation. I like to chat with my interviewees rather than fire rounds of questions at them. People tell you more, I believe, when they are relaxed. Subjects find the things they want to say deep within themselves. And sometimes the way they say them and their silences, explains even more. Being in the presence of your subject; sitting in the room they furnished; looking through their library; and listening to the music they love, answers questions and fills gaps. In fact, it does everything that a dead subject cannot.

Why did Anne Perry change her mind? Why did she turn down an interview with Oprah Winfrey and many other illustrious journalists, and then choose me? I know for a fact that I got some good press from Meg Davis, her agent, but I think finally, that I chose her and she chose me. I went to London to meet Anne Perry convinced that if I didn’t like the person I met, I wouldn’t continue with the contract; Anne was looking for chemistry. If she couldn’t trust me and have faith in the process, she would withdraw.

In the end, she gave me a completely free hand to write the book I wanted. I have taken many journeys into her mind and imagination, and none of them have frightened me. I know more about her and her books than most people would ever want to know. So, I think I can answer the question, “why me?” I would like to believe it was chemistry, but I think it was probably something much simpler. Partly timing. At seventy years old she was ready to talk. And for her, talking was a release. The process of telling your story to someone else is an unburdening. For years Anne Perry has been communicating fragments of her story through her crime detective novels. By talking to me, she could pull these fragments together and put them down.