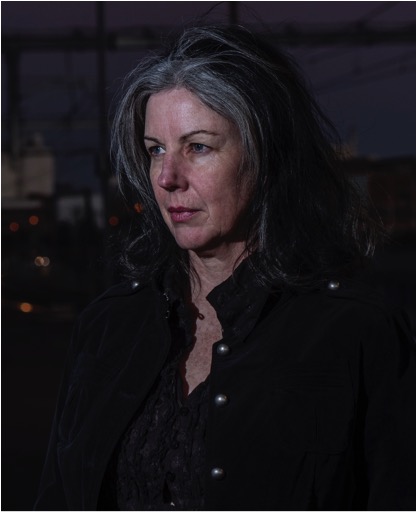 J.M. GREEN: In my previous life, before I became a writer, I was miserable. I had a good job, with a corner office in a high-rise tower in the city. Instead of feeling fulfilled, at the top of my professional game, I dragged myself through my days, not quite knowing what was wrong. I was in my early forties, so mid-life crisis seemed a reasonable explanation. But what even is that? I’d had a couple of false starts at writing. Years before I’d enrolled in one of those Professional Writing and Editing courses, but I discovered in my first week that I was pregnant and my vague ambitions all fell away. But from time to time, I wrote small fragments of fiction, short stories, pieces of dialogue but I never took it further.

At some point, when dissatisfaction with my existence was at its peak, I started writing more often. It was all terrible, of course, but I enjoyed it. Eventually, I applied to do that PWE course again. As soon as I started writing in a serious way, my misery evaporated.

Yes, it was replaced with a whole new kind of agony; the writing life is a tough way to earn a living. But I have never again experienced that level of abject existential, soul-numbing desolation that I felt before I began writing in earnest.

For a while I kept my writing projects to myself. If someone asked what I did, I said: librarian. Even in the privacy of my inner world, I considered myself to be an under-employed librarian who writes on the side. It took many years, before I could say in public that I was writing a novel.

When my first novel Good Money, the first in the Stella Hardy series, was published it seemed at the time almost miraculous; the fulfillment of a wildly, and almost foolishly, optimistic dream.

Now, I call myself a writer. That doesn’t mean I understand the process, or can offer any advice or wisdom on how to tackle a writing project. I don’t have a clue what I’m doing and I do it every day.

I’m still learning, and I often attend creative writing workshops and seminars. I heard Robert McKee (the Hollywood script-writing guru, and author of Story) speak recently on comedy writing. He said that all comedy comes from anger. I took his maxim with a grain of salt — he is fond of making sweeping statements — but as a writer who uses satire, I felt there was some truth in this. The Stella Hardy series focuses on social injustice, political ineptitude and hypocrisy, and the deep stratum of racism running through Australian society. McKee then went on to say that Breaking Bad was a satire. Walter White is a teacher forced to take a second job just to pay the bills, and on discovering he has cancer, chooses to make and sell methamphetamine, to cover his health costs and provide for his family. Breaking Bad is not a comedy, though it has some funny moments, but McKee contends that Vince Gilligan was motivated to write the series from anger at the appalling systemic disadvantage average citizens in the US encounter every day.

So lately I have been thinking about what satire is. Is it always laugh-out-loud comedy? I saw Robocop, the original 1987 version, at the Astor recently. I came away thinking that is was an angry movie. Ahead of its time, the movie made some amazing predictions about the future of technology. And it was definitely a satire.

I asked a writer friend recently if she thought I was a satirical writer. She said no, because there are not enough jokes in Good Money. I agreed and was almost persuaded to stop badgering my publisher into calling the Stella Hardy series satirical. After hearing McKee’s definition, I am beginning to wonder if I should go back to pestering them again.

In terms of process, my approach to writing is similar to many other writers. I start with the shitty first draft, draft zero, call it what you will — whatever it is, it’s garbage. Tom Kennelly said that novel writing is chaotic, it begins as an out-of-control maelstrom and it’s only by the fifth or sixth draft, that the story starts to take form, and to make sense.

Fortunately, my publisher gave me the time I needed to do many rewrites of Too Easy, the second in the Stella Hardy series, and to work my way through the surgically rigorous process of structural edits. After a long struggle, at last I can say that Too Easy is a worthy companion to Good Money.

The second novel sees the return of some familiar characters, as well as introduces some new ones, including an outlaw motorcycle gang—for which I concocted the name The Corpse Flowers. I figured if I caused offence, I’d rather not have a visit from, say The Rebels, or The Bandidos to set me straight.

Too Easy will be released on August 14.

JM Green studied professional writing at RMIT. Her first novel, Good Money, introducing Stella Hardy, was shortlisted in the Victorian Premier’s Prize for an Unpublished Manuscript, the Ned Kelly Best First Fiction and the Davitt for Best Debut Crime Book. She lives in the western suburbs of Melbourne and divides her time between working as librarian and writing in her backyard studio.