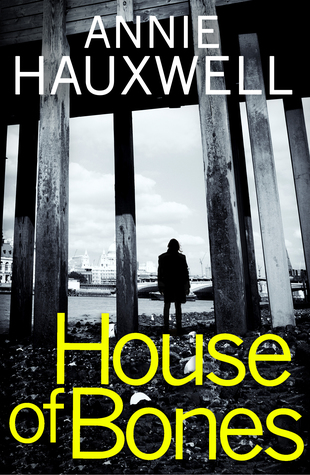 1961. In the drawing room of an imposing Hong Kong residence, a British lord brutally assaults a young Chinese boy. His grandson watches, helpless.  But he will never forget.

Wapping, London, present day.  It’s a warm spring in the capital, and heroin addict Catherine Berlin feels the clammy breath of the past on her neck.  Battling to stay clean, and bearing the scars of her most recent case, she is struggling to outpace her demons.

An old contact has offered her a job investigating a violent attack by a seventeen-year-old public schoolboy, a Chinese orphan on a prestigious scholarship.  The victim has gone missing, and the boy’s patron, a shadowy peer, claims the case is being manipulated by the Chinese government.  Seduced by the boy’s vulnerability and the peer’s allegations, Berlin journeys to Hong Kong, where she uncovers a conspiracy that reaches from the Pearl River Delta to the Palace of Westminster.

The 8th Earl of Haileybury has connections in very high places in both the Met and Parliament and appears to have their protection. Haileybury is known to bring young, orphaned Chinese boys to England and pay for their education at the very prestigious Palmerston Hall.   Phillip Chen is the latest of these young Chinese boys to be given this privilege.  Haileybury is a virtual recluse through severe arthritis, but Phillip is a regular visitor to his home and some draw a conclusion from these visits, including Detective Constable Terrence Bryant.

One night outside Haileybury’s home, Phillip is captured on CCTV violently assaulting another man. Bryant takes it upon himself to become involved in the case and pursues Phillip with disproportionate vigour, especially as the victim has disappeared and not reported the assault.  This incurs the wrath of his superior, and Haileybury supporter, Detective Chief Inspector Tomalin.

Enter Catherine Berlin, who has been engaged by Haileybury’s lawyers to find the victim before the police do.  Haileybury advises Berlin that he has many Chinese treasures and is convinced that the assault resulted from the Chinese government trying to influence Phillip to work with them to get hold of the treasures.

Berlin has been off hard drugs for 18 months but each day is still a struggle and thoughts of drugs (and alcohol) are never far from her mind.  Her mother has also just died, which is also impacting on her thoughts.  However, as with her other cases, she is determined, stubborn and spends a lot of her time making enemies, even some who want her dead, but to Berlin in all in a days work.  Berlin has doubts as to the real purpose for her engagement due to her mistrust of everyone she encounters.  Her instincts are the only reliable guide so she follows them to Hong Kong , mainland China, which leads to a stint in a Chinese lock-up, and then to an old Hong Kong estate where she witnesses the double murder of a mother and daughter.

This new Catherine Berlin novel is an absolute page-turner.  Annie Hauxwell is the mistress of plot twists and turns and her endings can take your breath away, they are so masterful.  Just when you think you’ve worked it all out, another twist appears.  I would suggest to anyone who is intending to read this novel to be prepared to put everything else aside as you will not put it down once you’ve started.