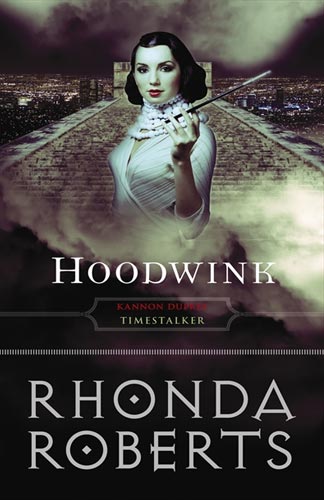 When Kannon is commissioned to investigate the mysterious death of a director who went missing on the set of Gone with the Wind in 1939, it seems the investigation will have to wait until her training is over. However, politics, powerful identities and personal agendas conspire to send her ill-prepared and at short notice back through the time portal. Informed mainly by half-truths and with the knowledge that there is an under-cover Time Marshall assessing her every move, Kannon needs all of her quick wit, nimble and agile martial arts skills and a lot of luck to solve an increasingly complex and puzzling crime.

Devastatingly dashing, the green-eyed Daniel Devereaux, provides some tension. Typical of Kannon, it is a love/hate relationship with her resenting and resisting both his concern and attempts to control her.

There are lots of puzzles to resolve as Kannon pieces together the facts of the case and the people behind it. Fortunately there are a lot of glamorous Hollywood stars, an epic movie set and the Hollywood hills to explore. There are break and enters, fortuitous discoveries and hand to hand combats. It all builds up to front row seats at a rather spectacular séance; which I have to admit pushed the realms of believability at times.

I can’t really put my finger on why this book didn’t quite match the excitement and fun of the first installment for me. Perhaps it was because the crime was more political, or the target less likeable? Or perhaps it was because I was missing Alexander? Regardless, it was an entertaining read with numerous twists and turns and a very complex and brilliantly linked-together plot.

The main characters in the present time remain strong and likeable, and I strongly suspect there are many, many more Timestalker installments to come.