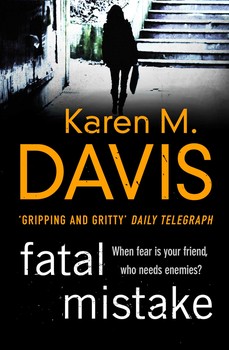 Detective Lexie Rogers is tough, smart and at the top of her game. She’s seen it all, from bikies, blood and betrayal to drugs, deviants and deception … and the violent knife attack that almost killed her as a young cop on the beat.

Lexie’s sent on the job of a lifetime — to go deep undercover, as beautiful Lara Wild, a drug distributor, to expose a huge dealing ring among Sydney’s most treacherous criminals. What she discovers is that being undercover is the safest place to be, especially when you’re a cop with target on your head, but one false move means she’ll die. And creeping from the shadows is the darkness of her past, something she can never outrun.

Lexie knows she can’t trust anyone — but the trouble is, she’s not even sure if she can trust herself.

This is a powerhouse of a novel. There is a very great deal in it and it is packed with suspense as the various strands of the stories end their chapters on a cliffhanger, an old device but one that does not lose its effect. It also smacks of authenticity as a police procedural as the writer spent twenty years in the force. Also she can write. Scenes are set crisply and people are delineated economically and yet indelibly.

We learn of the tensions within the police station, mainly caused by sex as all the protagonists are extremely attractive and/or jealous, and ambitious. Mainly we learn of the seedy world of organised crime, bikies and drug dealing in particular, the way syndicates can be run and hits taken out on people by people in prison, and the maniacal vindictiveness of villains and others who don’t get their own way. Mostly, we learn of the hazards of undercover police work and their corollaries, the extreme bravery of police officers who accept it. Even their survival comes at a cost, and the trauma they experience is shown to be very real and painful and overcome only with help and courage.

I found this a most exciting read. It gave me glimpses into an underworld that I believed in because of the detail and authority with which it was presented, the conflict of self-interest and duty among the good guys and the bad, how it prevails and who gets away with it, the considerable presence of women at every level now in the NSW Police Force, and the pressures to which they are subjected. It also revealed the high degree of organisation that exists in organised crime and has a nice twist in the identity of the leading villain which is perfectly credible.

For me it was a real page turner. Highly recommended.