Three new novels – Rose Carlyle’s  The Girl in the Mirror (Allen & Unwin), Sally Hepworth’s  The Good Sister (Pan Macmillan) and Sonya Bates’  Inheritance of Secrets (HarperCollins) – all explore sisters; sisters who are variously sinister, secretive or strange, especially when they happen to be twins, as is the case with both Rose’s and Sally’s books. The authors will reveal all to Maggie Baron. 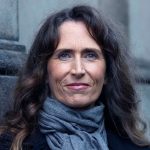 Rose Carlyle is a lawyer and keen adventurer. She has crewed on scientific yachting expeditions to subantarctic islands and lived aboard her own yacht in the Indian Ocean for a year, sailing it from Thailand to South Africa via the Seychelles. Rose was a Michael King Writer in Residence in 2020. She lives in Auckland.

The twins in The Girl in the Mirror, Rose’s debut crime novel, are identical and beautiful but beyond what the eye can see lies a darkness that sets them apart. Once a crazy inheritance and a boat full of secrets is added to the mix, their lives spiral out of control. 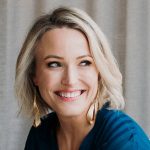 Sally Hepworth is based in Melbourne and has a background in event management and human resources. Her bestselling novel, The Mother-in-Law, is being produced by Amy Poehler for the NBC. She has a highly entertaining social media presence where she shares make-up tutorials, writing advice and book recommendations to her engaged followers.

The twins in Sally’s seventh novel, The Good Sister, are not identical but are nevertheless deeply connected. They eat together three nights a week and one sister offers to have a baby for the other. But the mission shakes the foundations of both lives and stirs up dark secrets from the past, not to mention murderous impulses. 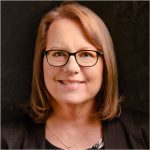 Sonya Bates is a writer of adult and children’s fiction. She was shortlisted for the inaugural Banjo Prize in 2018 for the unpublished manuscript for Inheritance of Secrets, and her middle grade novel, Oh Brother, was shortlisted for the Speech Pathology Australia Book of the Year Award in 2020. Several of her other children’s books have been commended by CCBC Best Books, Resource Links, and the Junior Library Guild in the USA. Born in Iowa City, Sonya worked in paediatric speech pathology for 25 years, first in rural British Columbia, and then in Adelaide. She currently works as a casual academic in clinical education.

The sisters in Sonya’s debut novel, The Inheritance of Secrets, aren’t twins! They are estranged sisters who come together in a time of crisis. One is a successful writer, the other is a recovering addict. Their relationship is one of give and take but the murder of their World War 11 grandparents throws them into a situation where only trust in each other will get them through, but it’s the one thing they don’t have. 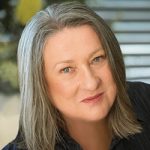 Maggie Baron is a former Convener and Inaugural President of Sisters in Crime (SINC). She has judged both the Scarlet Stiletto and the Davitt awards. Maggie was a state forensic scientist for six years and has since worked in a number of roles which have taken her to the bottom of the ocean floor as a shipwreck conservator; to archaeology sites in North-East Syria; between the stacks at the State Library and down a deep tunnel, delivering Melbourne’s next underground railway.

A sought-after guest on all things crime, she chairs panels for Sisters in Crime, including Law Week, and was guest speaker at the Ned Kelly Awards in August 2018.

This event will be available for free viewing worldwide through YouTube on Friday 30 October from 6pm. However, you can support Sisters in Crime by purchasing a $10 ticket HERE. Ticket sales close on Wednesday 28 October at 4pm.