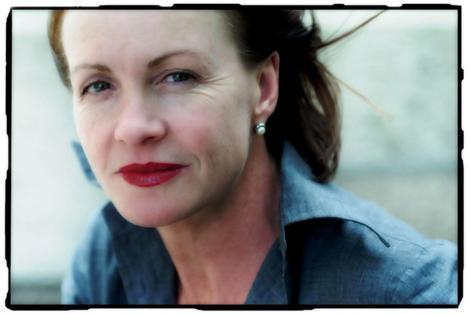 The Kennedy Foundation is delighted to announce it will host the 111h S.D. Harvey Short Crime Story Award in conjunction with the second Kennedy Lecture dinner in September 2020.

The S.D. Harvey Short Crime Story Award recognizes excellence in this genre of writing, either fiction or non-fiction, and welcomes entries from journalists. This year’s award marks the 11th time the award has been offered since Sandra’s death in 2008 when she was 49.

It will be presented at the second annual Kennedy Lecture dinner, ahead of the speech by the winner of the Kennedy Awards’ Journalist of the Year at Bar M (formerly Bar Machiavelli) in Rushcutters Bay.

“Sandra Harvey was a superb and well-respected journalist who began her career at AAP with Les Kennedy before working at The Sydney Morning Herald where her police and crime-writing talents caught the eye of then NSW Police Minister Paul Whelan who hired her as a policy adviser,” Mr Fazzari said.

At Four Corners she was a researcher and producer before her untimely death from cancer. Two of her three books co-written with Simpson – Brothers in Arms and My Husband, My Killer – were made into top-rating television productions. The last of her published works, The Ghost of Ludwig Gertsch, resulted in the re-opening of an inquest.

“Sandra’s first love was storytelling either through broadcast, newsprint or books … her career highlighted the versatility of journalism as well as the creative ways in which crime stories can be told,” Mr Fazzari said.

The S.D. Harvey Short Crime Story Award, formerly run by ACWA as one of the Ned Kelly Awards, again offers entrants the opportunity to produce a ripping yarn this time in either fiction or non-fiction (creative non-fiction or long-form journalism) in 3000–5000 words. Entries must embody the art of storytelling and be well structured with good literary prose and dialogue and a tight plot.

A cash prize and day trip for two aboard the Providence V, a classic schooner based in the Whitsundays, QLD, will be offered by the award sponsor, Providence Sailing.

Entries of PDF versions of printed work to the S.D. Harvey Short Crime Story Award can be made between May 11 and COB July 1 when entries close via kennedyawardsjudging@gmail.com

In line with all other Kennedy Awards, a tax-deductible entry fee of $50 applies when registering here.